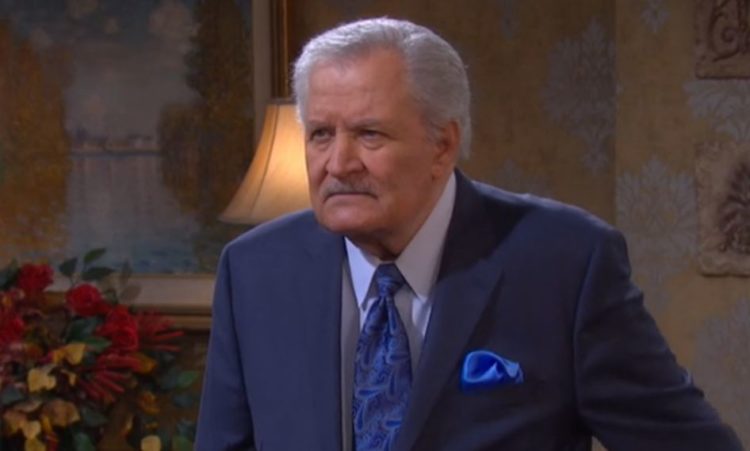 Days of Our Lives spoilers reveal Victor Kiriakis (John Aniston) and Xander Cook (Paul Telfer) might be forced to admit to a baby swap. Mackenzie “Mickey” Horton (the May twins) may need a bone marrow transplant. Testing the parents could expose the scheme. But will they admit to it or could they just blame the hospital staff?

DOOL spoilers confirm Sarah’s baby was delivered by Xander. Once the mother and child got to the hospital, the little girl suddenly died. However, Kristen DiMera (Stacy Haiduk) had a healthy child. Victor ended up ordering Xander to switch the babies.

His reasoning was to save Brady Black (Eric Martsolf) from being tied to Kristen for the rest of his life. However, his secret scheme might be exposed to all of Salem soon.

For the first six months of her life, Xander and Sarah have been raising Mickey. Then, the paternity secret revealed Eric Brady (Greg Vaughan) was the biological father. Around that same time, Mickey’s cancer surfaced and Eric wouldn’t allow Xander to be anywhere the child.

Eric and Sarah went to Boston and thought Mickey was responding well to treatment. However, blood tests would show that the treatment had no real effect on the cancer.

Days Of Our Lives Spoilers: Did Summer Townsend Drive Maggie To Drink And Cause Adrienne’s Death? https://t.co/Ycd2ql6YtJ pic.twitter.com/0Wo1xVecGs

Days of Our Lives spoilers indicate Dr. Kayla Brady (Mary Beth Evans) is considering a bone marrow transplant for Mickey. That means the parents will be tested first to see if they are a match.

Even though they aren’t testing for genetics, the results will most likely confirm that Mickey isn’t Eric and Sarah’s child.

Days of Our Lives Spoilers: Will They Confess or Blame Hospital Staff?

Secrets don’t stay hidden in Salem forever. It seems that Victor’s scheme will be exposed. Even if he doesn’t want to reveal the truth, he has to in order to save Mickey. The bombshell will also point the finger at Xander, who switched the babies as the patriarch ordered.

The other possibility is that Victor and Xander try to avoid responsibility by blaming someone else. Fans can just hear Victor saying that the nurse, who was Haley Chen (Thia Megia), was incompetent and made a mistake. Yes, he really would go as far as to blame a dead woman.

Will Victor and Xander be exposed for switching Sarah and Kristen’s babies? Or will they come up with another drastic plan to save Mickey while avoiding responsibility?