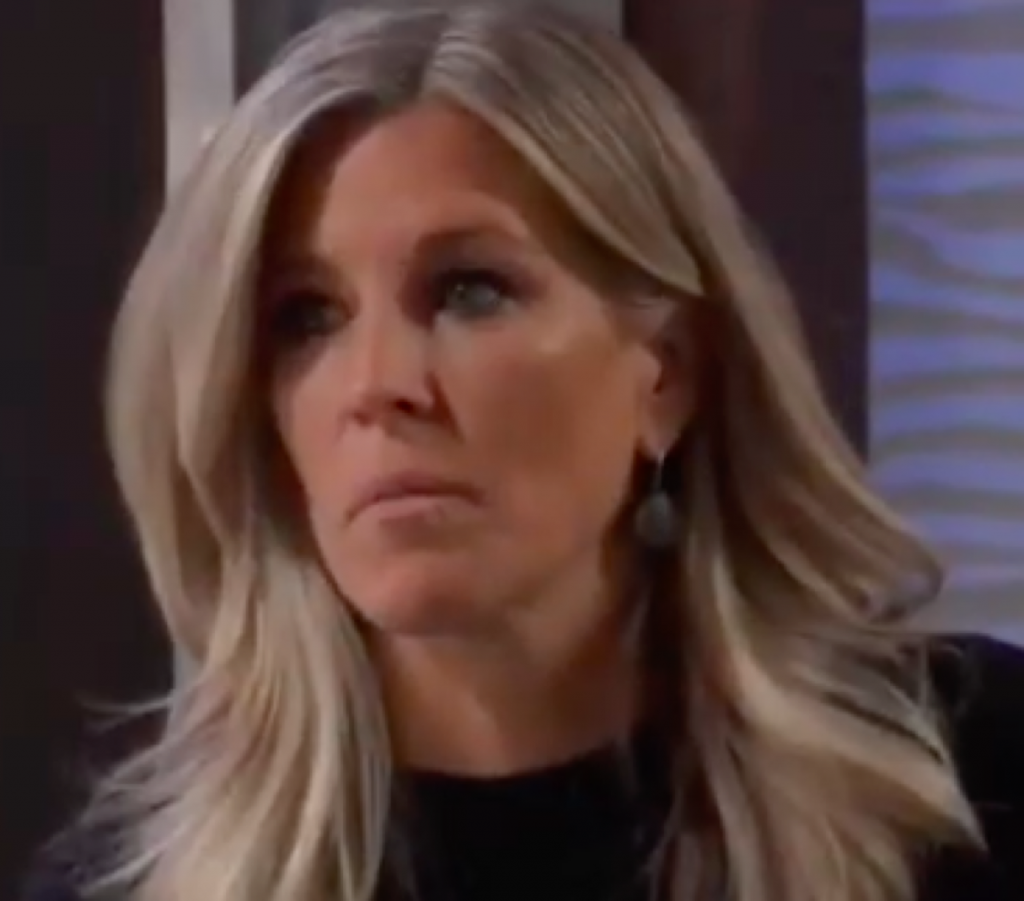 At the Metro Court, apparently Carly Corinthos (Laura Wright) has heard the angry Willow Tait (Katelyn MacMullen) telling her boyfriend Detective Harrison Chase, (Josh Swickard) Michael Corinthos, (Chad Duell) and Sasha Gilmore (Sofia Mattsson) that they have to do something about Wiley Cooper-Jones, (Erik and Theodore Olson) because Brad Cooper (Parry Shen) is no longer safe for Wiley to live with! 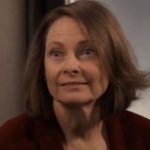 General Hospital viewers will recall from Friday’s episode that Willow had just left from his apartment, where she was to pick up Wiley, and found Nelle Benson (Chloe Lanier) had moved in with him, and made threats to her, to boot! When Carly hears what happened, she responds with “Over my dead body!”

In Nina Reeves’ (Cynthia Watros) office at Crimson Magazine, Curtis Ashford (Donnell Turner) has come back to check in on her to see if she’s doing okay. Nina has obviously been talking about Charlotte Cassadine (Scarlett Fernandez) and it sounds like she’s been taking care of Charlotte, because she tells Curtis that she keeps asking if she’s talked to her father, Valentin Cassadine (James Patrick Stuart) who is in the Port Charles Police Department jail, waiting for either trial or bail. Curtis asks her, has she?

At a table in the Metro Court, Laura Collins (Genie Francis) talks to Jasper “Jax” Jacks (Ingo Rademacher), and it sounds like Nikolas Cassadine (Marcus Coloma) might be the topic of discussion. She tells Jax it wasn’t him who broke her heart! Nikolas certainly did break his mother’s heart when he let her think she was dead for over three years without a word to her or any other friends or family members. He had what he considered good reasons, but obviously they weren’t good enough to warrant the broken heart of his mother!

GH Spoilers – Spencer Cassadine Asks Nikolas Cassadine Where He Has Been

Nikolas and Ava Jerome Cassadine (Maura West) have arrived in France, and Nikolas is talking to Spencer Cassadine (Nicolas J. Bechtel) as Ava looks on. Spencer asks him where he has been, but he doesn’t sound really excited to see him. Spencer is not a little boy anymore, he’s a young man and he sounds like his childhood precociousness is no longer there – he just sounds slightly annoyed. Spencer will have much more to say to his formerly absentee father, but it won’t be what Nikolas wants to hear, and he may not even want anything further to do with him at all!

At Brad’s apartment, he is holding Wiley and ready to go to work and take him to the daycare, and she wants to hold Wiley! As General Hospital viewers will recall from Friday’s episode, she also wants to take care of him and her “aspirations board” implies she wants custody to raise him on her own as well! Will Brad give into her demands, or will he deny them?

Detective Marcus Taggert (Real Andrews) is in Police Commissioner Jordan Ashford’s (Briana Nicole Henry) office at the Port Charles Police Department. He asks her why she asked him to drop everything and come back to Port Charles? Likely, she wants help on the Bob Massicotte (Randy J. Goodwin) case, although this could have something to do with the message someone may have left for Sonny Corinthos (Maurice Benard) by hijacking a Corinthos Coffee truck and burning it because sometimes mob people do things like that to leave a message for a competitor!

Days of Our Lives Spoilers Monday, January 20: Sonny Has A Surprising Proposal For Will – Sarah Goes Into Labor – Brady Causes Tension