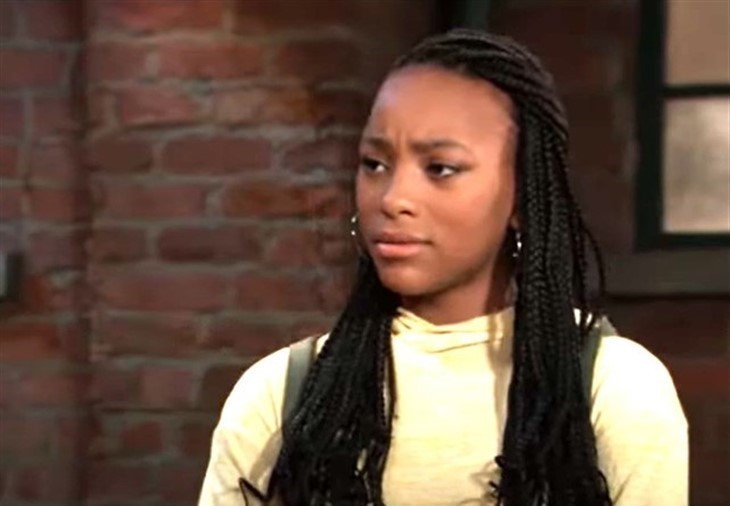 General Hospital (GH) spoilers and rumors tease that half of Port Charles, NY is actively trying to get the goods on Cyrus Renault (Jeff Kober) but no one has been able to get the evidence needed to put the drug lord back in prison. As viewers know, the only reason Cyrus went to prison in the first place is that several undercover DEA agents, including Jordan Ashford (Brianna Nicole Henry) and Marcus Taggert (Real Andrews), manufactured fake evidence of Cyrus’ very real crimes.

Once Jordan was forced to get Cyrus out of jail by exposing Taggert’s part in the cover-up, but not her own, Taggert’s daughter Trina Robinson (Sydney Mikayla) has made it her mission to clear Taggert’s name.

Currently, Trina believes Taggert is dead. Jordan and Epiphany Johnson (Sonya Eddy) actually helped Taggert fake his death to keep Cyrus from going after Trina. So not only does Trina believe that her father is dead, but thanks to Jordan, he is believed to be a dirty cop. While the things Taggert is accused of are true, in the process he saved countless lives by getting Cyrus off the streets. But Trina has recruited the rest of the teen scene to restore Taggert’s good reputation. But in the process, could four teenagers actually find a way to end Cyrus’ reign of terror?

Unfortunately, it seems as though anything Trina finds won’t come in time before violence erupts in Port Charles. As viewers know Cyrus has ordered Julian Jerome (William DeVry) to kill Jason Morgan (Steve Burton) in a huge explosion. And while Jason will most likely survive, the will most certainly be other casualties. Sasha Gilmore (Sofia Mattsson) is currently fighting for her life after overdosing on Cyrus’ product. And if Cyrus finds out that Trina and friends are looking into old case files and evidence, he will almost certainly want to get rid of them.

With so many people trying to take Cyrus down, could Trina be the one to succeed? Or will she find out Taggert is actually guilty of the crimes he is accused up and give up? Will the upcoming explosion further complicate their investigation? Exciting times are coming to Port Charles so stay tuned to General Hospital airing weekdays on ABC. And don’t forget to check back here regularly for all your General Hospital news, information, and spoilers!