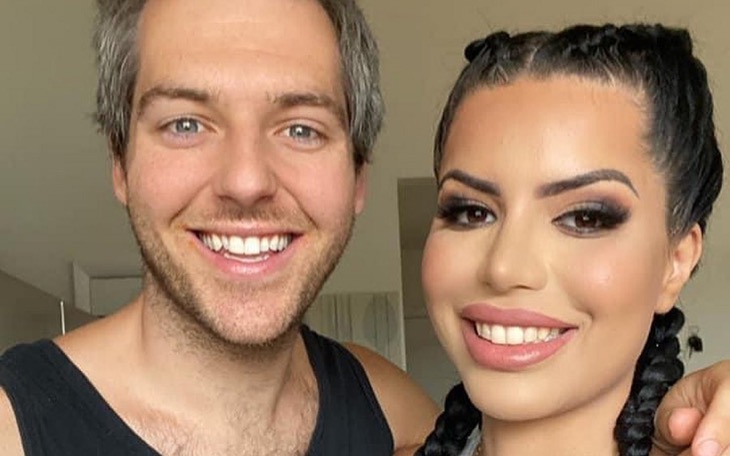 TLC’s “90 Day Fiancé-Happily Ever After” stars Larissa Dos Santos Lima and Eric Nichols have gone splitsville, and Eric recently confirmed it on Instagram.

There have been a lot of hints on both Larissa’s and Eric’s social media lately that there was trouble in the Rocky Mountain paradise that the couple had moved to a couple of months ago. Larissa nearly got deported the day they packed up the moving truck, and that was not the only problem.

They had filmed quite a bit of footage for their Only Fans accounts, after apparently squaring away the problems that sicced ICE on her. Then all of a sudden, everything just seemed to unravel between the two! Larissa had posted a wanted poster of Eric in a Q & A – although, that could have just been a Wild West touristy thing. However, it isn’t something that couldn’t have been done in Nevada as well. Larissa commented on their joy and happiness disappearing in a hurry.

At the same time, Eric deleted all evidence of Larissa from his Instagram account, and she did the same thing regarding Eric. If that doesn’t send a strong message that the two are two no more, nothing does! However, although gossip and rumors abounded online, neither Larissa nor Eric actually came out and confirmed the split – until now, when Eric posted a new shirtless shot and commented he is single and ready to mingle! As a matter of fact, he’s posted quite a few of those lately and mostly with his pants undone, or at least his belt! As for Larissa, she was fired from the “90 Day Fiancé” franchise over her CamSoda deal. He doesn’t have anything about “90 Day Fiancé” on his profile either.

Confirmation came November 16 from Eric on Instagram, referring to the previous “single and ready to mingle “comment with the shirtless photo. He made hints of a full reveal that instructed readers to go to a link in his bio, but that only led to his “Only Fans” page and a way to sign up for it. Again, he commented he was single and ready to mingle, along with wishing fans a Happy Sunday! Some fans think that Larissa and Eric’s “breakup” is only a marketing ploy to keep their supporters gained through their appearances on “90 Day Fiancé-Happily Ever After” interested in them and their story together, as well as the two of them separately. Others just think he tells a lot of lies, and some think the same of her.

One figured it was just a publicity stunt, and another thought they still live together but in separate rooms as roommates. Others opine that Eric and Larissa are just going through a rough patch in their relationship and will reunite. Those who are fans of them as a couple are sad to see them break up if that indeed is what happened – and according to Eric, it is. After all, fans know that jealous Larissa would never put up with a comment like that and him showing his stuff for all to see!

Stay tuned to TLC, and check back here frequently for all the latest news, updates, and gossip about all your fave “90 Day Fiancé” shows and stars!