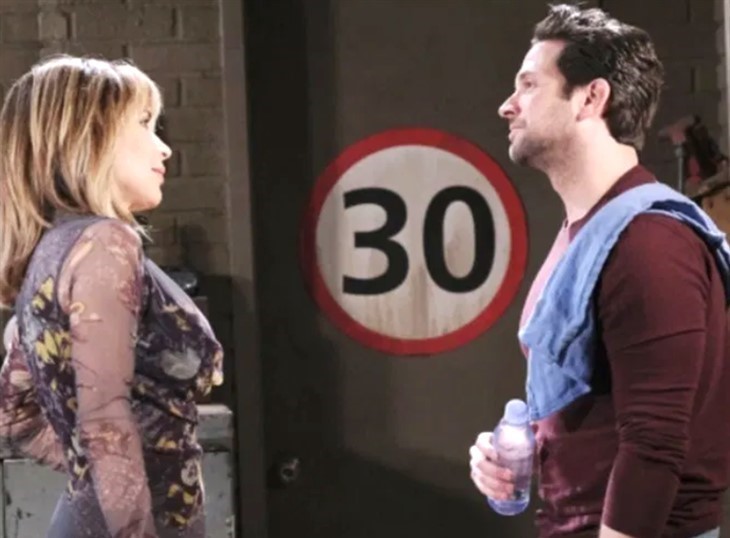 Days of Our Lives spoilers reveal that in Salem Jake Lambert (Brandon Barash) will get tired of keeping his new romance a secret. He tries to encourage Kate Roberts DiMera (Lauren Koslow) to go public. However, she doesn’t want her repaired relationship with Chad DiMera (Billy Flynn) to be destroyed. However, someone already knows and is about to expose their dirty little secret.

DOOL spoilers reveal that Kate was hesitant about hopping into bed with Jake, but she did it anyway. After the first time, she insisted that it could never happen again. However, Jake wanted to know why and convinced her to keep their little affair going. Even though he initially agreed to keep it on the down-low, his feelings about that will change.

During the week of November 23, Jake will get tired of keeping his romance with Kate a secret. The two began their tryst by thinking it was purely physical. What neither of them expected was for actual feelings to develop, but that’s exactly what ends up happening. In fact, head writer Ron Carlivati told Soap Opera Digest that their secret affair “develops into something more.”

Days Of Our Lives Spoilers – Wants To Be Open About Romance

Days of Our Lives spoilers reveal that next week, Jake tries to convince Kate to be more open about their romance. Or at the very least, stop trying to hide it from everyone. In Jake’s mind, they aren’t doing anything wrong, neither of them is married and are consenting adults. However, Kate views it a bit differently. She only recently mended her relationship with Chad DiMera (Billy Flynn) and doesn’t want anything to ruin that.

However, there are a few other complications that happen along the way. While Jake is pressuring Kate to be open about their relationship, Gwen Rizczeck (Emily O’Brien) has seen them together. She would love to get rid of Kate and stick it to Jake. One way to do that is to let the information “slip” to Chad, which would create another war.

There is also the return of Gabi Hernandez DiMera (Camila Banus), who wants Jake back. However, when she finds Jake and Kate in bed together, things are going to get really explosive. But due to Jake developing romantic feelings, choosing between the two women won’t be easy.