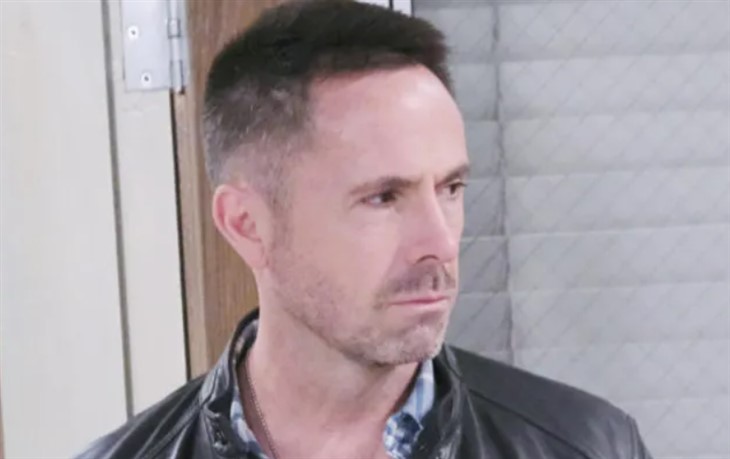 ABC General Hospital spoilers and rumors reveal that Julian Jerome (William deVry) has gotten himself in quite a jam. Nelle Benson Jerome (Chloe Lanier) blackmailed Julian into marrying her, but that created as many problems as it solved. Although Nelle’s willing to keep quiet about Julian’s transgressions, now he’s hated over the marriage itself.

Sam McCall (Kelly Monaco) confronted Julian soon after the marriage bomb was dropped. Just outside the courtroom, Sam slapped Julian and dropped a hurtful bomb of her own. Lucas Jones (Ryan Carnes) is done with Julian and so is Sam. She suggested that Julian’s death to them both, so Julian’s marriage didn’t prevent what would’ve happened if his secrets were exposed.

GH fans know Julian was heavily involved in this whole baby swap scheme. Julian wasn’t in on it in the very beginning, but Brad Cooper (Parry Shen) revealed the truth early on. That left Julian in the position to lie for Brad and try to protect Lucas’ heart. Julian couldn’t bear the thought of Lucas losing his adopted son, so he put out plenty of fires and tried to keep everyone in the dark on the switch.

Of course, that also meant hurting Michael Corinthos (Chad Duell) and setting up total devastation for Lucas in the end. To make matters worse, Julian got fed-up enough to plot Brad’s murder. After the plan went awry, it was Lucas who ended up nearly dying instead. Julian was behind the crash that left Lucas comatose, so he’d certainly not eager for that information to come out.

Now Julian’s in a real bind because he’s made an even bigger mess with this Nelle wedding. The damage is done, so General Hospital spoilers suggest Sam and Lucas are going to hate Julian’s guts regardless of what he does next. Even if Julian ended up getting an annulment, Lucas and Sam would still know what he was willing to do.

Plus, Nelle could blow up Julian’s life even further with the secrets she knows. It seems likely Nelle will indeed spill all down the road, so we have to ask: Is forgiveness possible for Julian? Can Sam and Lucas ever get past the horrible things Julian’s done?

Julian will probably remain a loathed pariah for a while, but never say never on reconciliation! It’s clear that Julian cares about Lucas and Sam. He may not always show it properly, but Julian truly has love in his heart. As long as there’s love, there’s always hope that Julian can make amends with Sam and Lucas someday.

General Hospital JaSam Spoilers: How Would Sam And Jason’s Life Be If Baby Lila Had Lived? https://t.co/62x4HpAgXo pic.twitter.com/Wy1Fu0HxR2