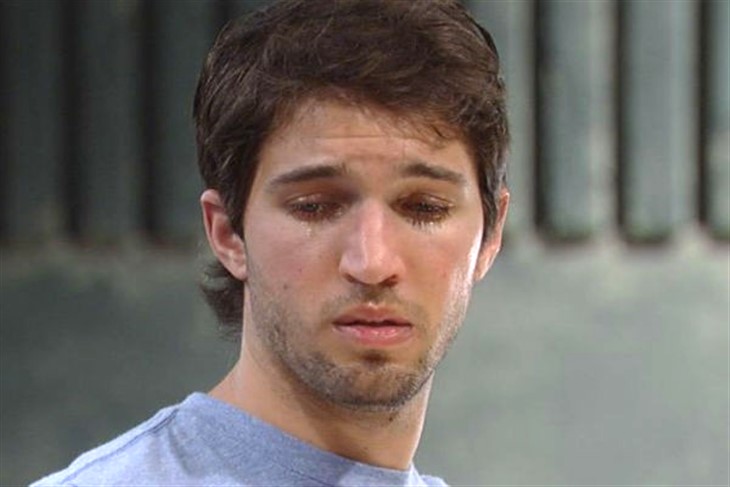 General Hospital’s Morgan was a troubled soul. Morgan was volatile for some time before being diagnosed with Bipolar disorder. Morgan had kidnapped his former girlfriend, Kiki Jerome (Hayley Eric) at one point as well as other erratic behavior. However, Sonny and Carly were determined to get him help. Morgan was hospitalized and had his illness under control until Ava Jerome (Maura West) chose to mess with his medication. Ava’s interference directly lead to Morgan’s death.

General Hospital’s Morgan began to feel out of control although he was on his medication. Morgan had no idea what he was doing when he jumped into Julian Jerome’s (William DeVry) car. Morgan also had no idea there was a bomb in that car.

When Drew Cain (Billy Miller) went after Morgan on ABC General Hospital, he had no idea that the car Morgan was in was about to explode. However, only some tissue was found to indicate that Morgan was hurt. Could Morgan have survived the explosion and be in a clinic somewhere? Could Morgan have amnesia and simply not know who he is?

Chances are if General Hospital’s Jason had been in Port Charles, he probably could have helped Morgan. Jason and Morgan were always close. Jason always helped Sonny through his episodes. Jason may have recognized the symptoms before Carly and Sonny did and encouraged Morgan to get help before he was forced to do so.

Now that Jason is home, Jason and Morgan could get to know each other and have a great time together. Jason could help Morgan deal with his issues and they could move on from there. Should Morgan return to be with his family and get to spend time with Jason?

Since General Hospital’s Morgan’s death he has a new baby sister. If Morgan survived the explosion, now would be the perfect time to return home and be with all of his loved ones. Avery and Donna would love having their big brother home. Morgan could get to know his nephew Wiley Quartermaine Corinthos (Theo And Erick Olson). Morgan would have all the support he needs and Sonny and Carly would have their son back.

General Hospital’s Morgan’s fans do not want a recast in the roll. Maurice and Laura don’t want anyone else to play their son. Should Bryan come back and reprise the role of Morgan and put the Corinthos family back together? Could Morgan come home and lead a normal life? Is it possible that Cyrus Renault (Jeff Kober) could know where Morgan is since he has allies everywhere? Will Morgan ever return?