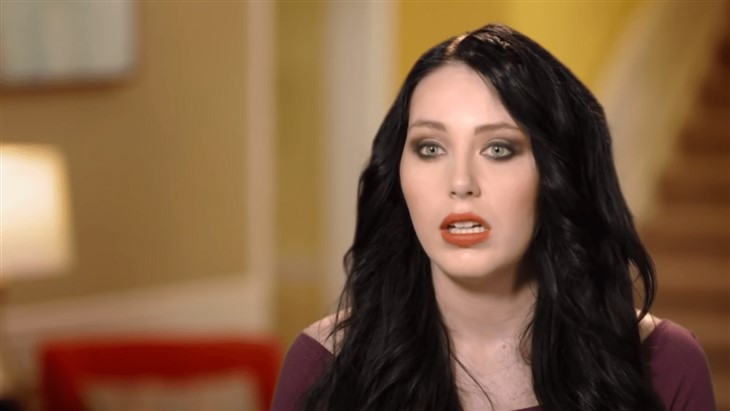 Deavan has another child from a previous relationship. She decided to move to South Korea to have her family together. However, Jihoon is not financially stable and he can’t keep his lies straight. That led Deavan to move back to the United States.

On the new season of The Other Way, Deavan returns to South Korea to give Jihoon another chance. He claims that he has a job, but it’s not consistent. The last time that Deavan visited him, he admitted that he sold stolen cell phones for a living. It’s unclear what Jihoon does this time around. In next week’s episode, Deavan and her mom arrive and are disappointed with what they find.

90 Day Fiance fans criticized Deavan for the way she parents Drusilla. It looks like she lets her kid do whatever she wants. One castmate who is joining the bashing party is Geoffrey Paschel. He appeared on Before the 90 Days to pursue a relationship with Varya Malina. At first, she turned down his proposal but showed unexpectedly at his home as he tried to move on with his friend, Mary Wallace.

Geoffrey slammed Deavan’s parenting skills. She called him evil and addressed his criminal past, including his alleged domestic abuse cases. Deavan said Geoffrey’s comments were inappropriate since her child is so young. She also asked why TLC hasn’t fired him.

90 Day Fiance spoilers reveal that Deavan isn’t happy. She’s just one of the many fans who called for TLC to fire Geoffrey. She addressed his alleged abusive past. Castmate has many domestic violence cases against him.

“You’re really going to come after me and my daughter like that?” Deavan said, as per The Blast. “You’re absolutely f***ing disgusting. I saw those comments you posted. My daughter’s 4 grow up. I’m not the one who lost custody.”

Geoffrey didn’t sit this out. He fired back with even more comments about the 90 Day Fiance castmate. “I can’t get enough of ignorance – it’s comical,” Geoffrey said. “I don’t come after children…it’s not their fault. It is the parent behind it. If I were you, I’d focus on raising them instead of letting other people.”

Deavan says she raises her children on her own and has custody of both, unlike Geoffrey. This comes after TLC erased Geoffrey from the 90 Day Fiance: Before the 90 Days “Tell-All” episodes and B90 Strikes Back. He previously spent 30 months in jail for selling drugs.

One of his cases involves him slamming his ex-girlfriend’s head on the floor and dragging her. He was arrested in June 2019 for the incident, and the case is ongoing. Geoffrey is currently engaged to Varya, according to a report via In Touch Weekly. Check back here frequently for all the news on your favorites from 90 Day Fiance.