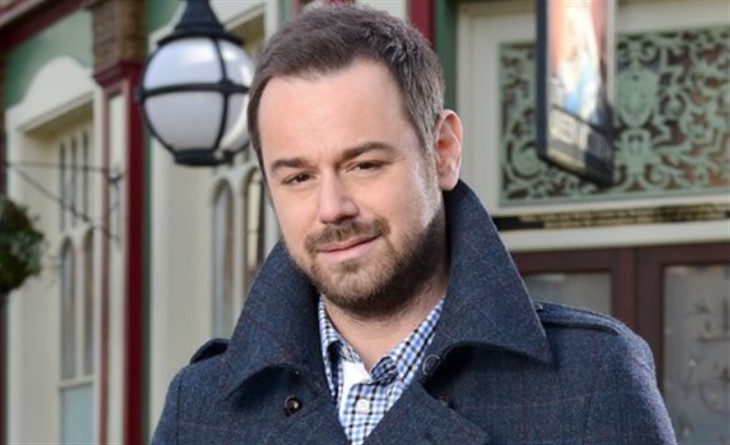 BBC EastEnders spoilers hint that Mick’s new storyline will soon pick up and maybe one of his best storylines to date. Danny Dyer has been giving hints about his upcoming storyline calling it the best storyline. Recently he gave more hints on it during his appearance on “The One Show”.

As viewers may know, EastEnders went off the air for a while as they ran out of new episodes which marked the first time that the show has ever gone off the air. Due to this idea, the show decided to come back by referring to the show as S2 or Season 2. With S2 will come some exciting storylines as well as tragic endings to the ones we have been following for a while.

During Dyer’s interview, he stated, “I’ve got to say, we come back… season 2 is another level. I’m very excited about it. It’s been tough, it’s been difficult, but the storyline I’ve been gifted with is by far the best storyline I’ve ever had, and it’s a very important storyline.” He went on to say, “I wish I could tell you more… but it’s a powerful, powerful thing. We’ve been off the telly for far too long, so we’re coming back with a bang.”

As viewers know, the Carter’s took a big step in their lives when episodes went off marking the end of season 1. This was them selling the Vic to Sharon and Ian in order to keep it good hands and start their new lives. Since then, viewers have seen that Linda is working at the launderette. On the other hand, Mick is having a tough time finding a new job.

Dyer also spoke about the changes that have been made on set due to the rules set during the pandemic, “It’s like a different job, I’ll be honest with you. With the social distancing thing, we’ve got to look after each other and it’s an ensemble piece, so we’ve sort of been filming in different groups so that we’re not crossing each other’s paths anymore. There’s no green room to sit and talk anymore.

It’s been hard to adapt, and we’re luvvies, so we’re quite touchy-feely. We like to support each other. I don’t think it’s going to catch on, this thing [filming in this way]. We’ve got to get over this thing. We’ve got to learn to live with it. But again, grateful to be working and doing something I love to do.”