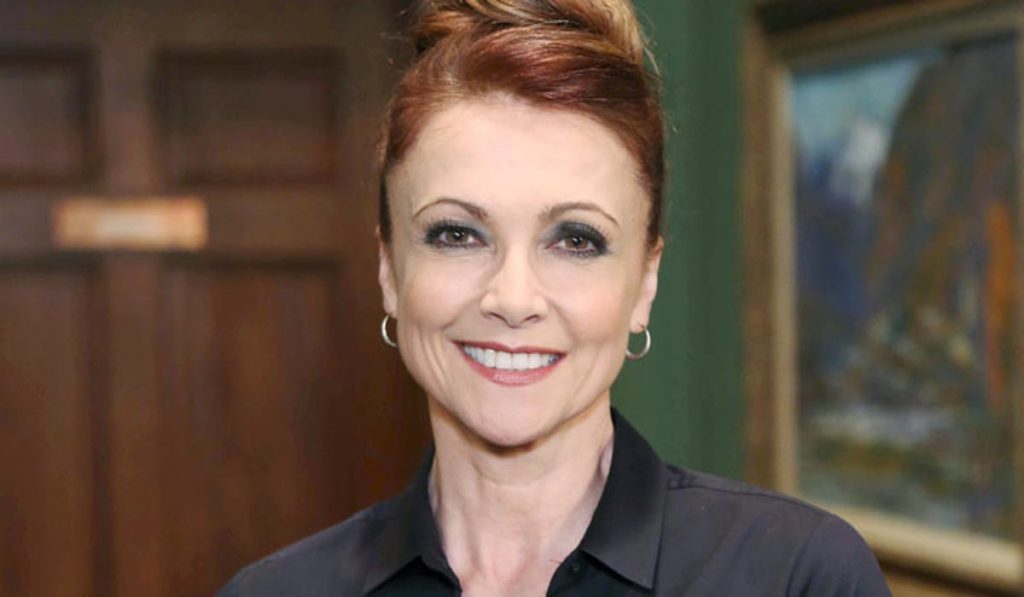 General Hospital spoilers tease that Holly Sutton (Emma Samms) may not really be dead, as viewers will find out in a future episode of General Hospital!

GH Spoilers: Robert Scorpio Got A Call That His Ex-Wife Is Dead, But It’s Probably Just A Set-Up!

General Hospital viewers will recall from a recent episode that former WSB agent and current Port Charles District Attorney Robert Scorpio got a call that obviously was terrible news, as tears actually came to his eyes; he was so upset he went to talk to Anna Devane (Finola Hughes) for a shoulder to cry on. He got a call that his ex-wife Holly Sutton had died! But this is probably just a set-up; earlier in the same episode Peter August (Wes Ramsey) had called a contact to set up a distraction because Robert was getting too close again to finding out the truth about him! Viewers may also recall that when Robert first came back to Port Charles and the General Hospital canvas a couple of years ago, he had mentioned that Holly and he had divorced, but kept in touch and that she was in ill health, at least at that time; so such a call would be totally believable to Robert.

Viewers did not get to hear who had called him, but in all likelihood it was one of Peter’s DVX contacts, not her son Ethan Lovett (Nathan Parsons). Other General Hospital spoilers tease Peter may have made sure that Robert couldn’t verify with Ethan either, and the two may have been kidnapped. Robert and Holly married in the mid-1980s under strange circumstances; Holly was pregnant with the presumed dead Luke Spencer’s (Anthony Geary) baby, and was about to be deported so Robert stepped in and married her; she claimed that she miscarried the baby but many years later Ethan showed up looking for his birth parents, telling Luke that his adoptive parents had died when he was only fifteen. He said he met Holly in his travels but had a photo of Luke and Robert. Holly and Robert however, eventually fell in love, and an adult Ethan was eventually revealed to be Holly’s love child with Luke.

Peter’s intention is to distract Robert into handling Holly’s funeral arrangements, hopefully sending him into England to do so, but he has his job as DA in Port Charles so he may not be able to take a leave of absence for a reason like this – if he and Holly had not divorced, it may be a different story. However, Peter doesn’t know that when Robert broke into he and Maxie Jones’ (Kirsten Storms) apartment looking for intel on Peter, that Damian Spinelli (Bradford Anderson) broke in right behind him for the same reason, and after some squabbling, and Robert calling Spinelli “a little rodent” the two decided to work together to get the truth behind the crimes that Peter had framed Liesl Obrecht (Kathleen Gati) for.

So Robert will have Spinelli doing the legwork and the cyber surveillance if Robert does indeed have to handle Holly’s arrangements and possibly even going into England where she had been living. Spinelli may even be able to hack into Holly’s medical records long distance or if she has been in a hospital or other facility be able to expose her “death” as a cruel ruse intended to through Scorpio into a state of mind to throw him off his game! Robert certainly believed the call, so whoever was on the other end of the line must have been someone who would be credible enough for him to believe!