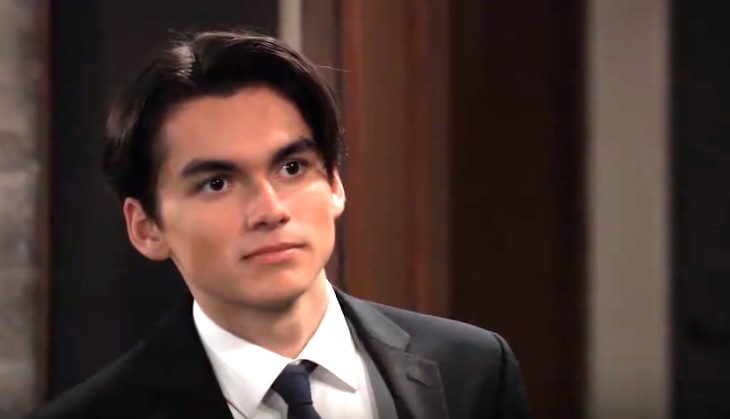 It’s often that actors come and go on daytime soap operas. Hence, we always have something to report where the comings and goings are concerned. We can now confirm, that while Dev Cerci has been off the canvas for a while on General Hospital, he will be back this month.

Ashton Arbab joined the cast of General Hospital in 2019. The character at the time had no back story but shared scenes with Sonny Corinthos (Maurice Benard) who would later become an integral part of his story. Arbab has been recurring on the show ever since joining last year. He spent at least a year on the show on the same basis before taking an exit at the end of February this year.

He was temporarily written out of the show, but he will be back for some more story in no time. All daytime soap operas have halted production due to the coronavirus pandemic which means General Hospital will soon run out of new episodes to air amid their idea to air flashback episodes each Friday. It also means that Arbab was back at the studio filming before all the issues with the current pandemic and the halt in production.

With the episodes running out, it is believed that if the shows do not resume production soon, General Hospital will run out of episodes by the end of May. So Arbab’s return may not be much story for now. Luckily, the actors have been keeping themselves busy with other things while not reporting to work. Arbab also works on music and it is believed he will use this time to work on some new music for his fans.

He also celebrated his first-year anniversary with his girlfriend, Sharlize True on April 20, 2020. He used his social media accounts to share pictures of them together acknowledging their anniversary with some fine words. Words such as, “a year ago today I asked this lovely girl to be my girlfriend… she said yes. a year ago today I also began this adventure called love with my best friend. Sharlize True you are my world and my everything. Thank you for growing up with me this past year and learning together through this crazy world. You have taught me so many things that I will never forget. Every little thing from you giggling for no reason, choking on your cake pop because I made you laugh, playing video games w me, coming to my hockey games, kissing my face when I loose, having FaceTime sleepovers. I love you Sharlize True. Our memories are the best and I wouldn’t trade them in for anything. So happy I get to be with you on this special day. I love you forever”.

Days of Our Lives Spoilers: Steve And Hope Grow Closer Over New Bond