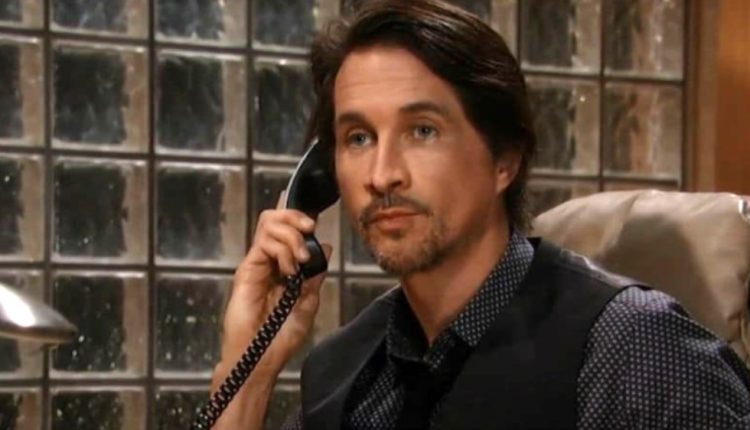 Welcome to your Friday, January 31st General Hospital (GH) recap! We begin our day at the Port Charles pier where Carly Corinthos (Laura Wright) is tending to Brando’s bullet wound. Jordan Ashford (Brianne Nicole Henry) secures the scene as Gladys comes out of hiding, shocked to see her son shot.

At General Hospital (GH), Harrison Chase (Josh Swickard) questions Josslyn Jax (Eden McCoy) about the shooting. She explains that she went to grab her journal when the gunman came out of nowhere and was headed right towards her brother Michael Corinthos (Chad Duell).

In the Corinthos mansion, Michael Corinthos (Chad Duell) is getting a security update from one of his guards. Dev Corbin (Ashton Arbab) enters the room and wonders what is happening.

At General Hospital (GH) Hamilton Finn (Michael Easton) lays into Nikolas Cassadine (Marcus Coloma) about his fake attack on Hayden. Nikolas says that Hayden is going to return as Finn threatens that he won’t get away with what he did.

At the Hospital, Jasper Jax (Ingo Rademacher) relays to Elizabeth Webber (Rebecca Herbst) that it’s not Valentin that scared Hayden out of town. Jax explains to Liz about the attack on the pier and it was coordinated by Nikolas. He walks into the room and Liz slaps him hard across the face.
Liz is livid that he set up the attack that made her sister abandon her child.

General Hospital Spoilers – Valentin Cassadine is out on bail

At Crimson magazine, Valentin Cassadine (James Patrick Stuart) verbally spars with Ava Jerome (Maura West). He says to Ava and Nina Reeves (Cynthia Watros) that he’s going to reclaim everything that he lost.

Valentin tells Nina how much he needs her and wants her back in his life. Ava tries to intervene and reminds him of all the deceit he has caused.

Josslyn sees Gladys and wonders why she is so upset? She explains that her son Brando saved Carly’s life.

At the pier, Jordan Ashford confronts Jason Morgan (Steve Burton) after learning there was an attack on Sonny in Brooklyn. Jordan tells Jason that he needs to cooperate with her and she needs to know what happened.

Jordan listens to the warehouse worker who explains what happened and wonders why they were all targeted.

Dev freaks out that they are all in danger and he wonders what they do now. Sasha Gilmore (Sofia Mattsson) is distraught about what happened and lays into Michael about the shooting.

Sasha says she knows who Sonny is and what people say about his family. She wonders if the danger is going to continue and maybe this is not something she wants to face again.

Nikolas shows up at Crimson with DNA paperwork for Valentin, to prove he’s not a Cassadine.

Carly sits with Gladys and questions her as to why her supposedly “dead” son is actually alive. Dev is shocked that his “father” is alive.

Josslyn comes home with Jax and Dev gives her a huge hug.

Taggart (Real Andrews) arrives at the pier to help Jordan and Chase with the investigation. Jordan tells Jason that his family and innocent bystanders are in danger, she will take him and Sonny down ……….flash to preview

Days Of Our Lives Spoilers: Will Lani, With JJ’s Help, Ruin Gabi’s Wedding ?