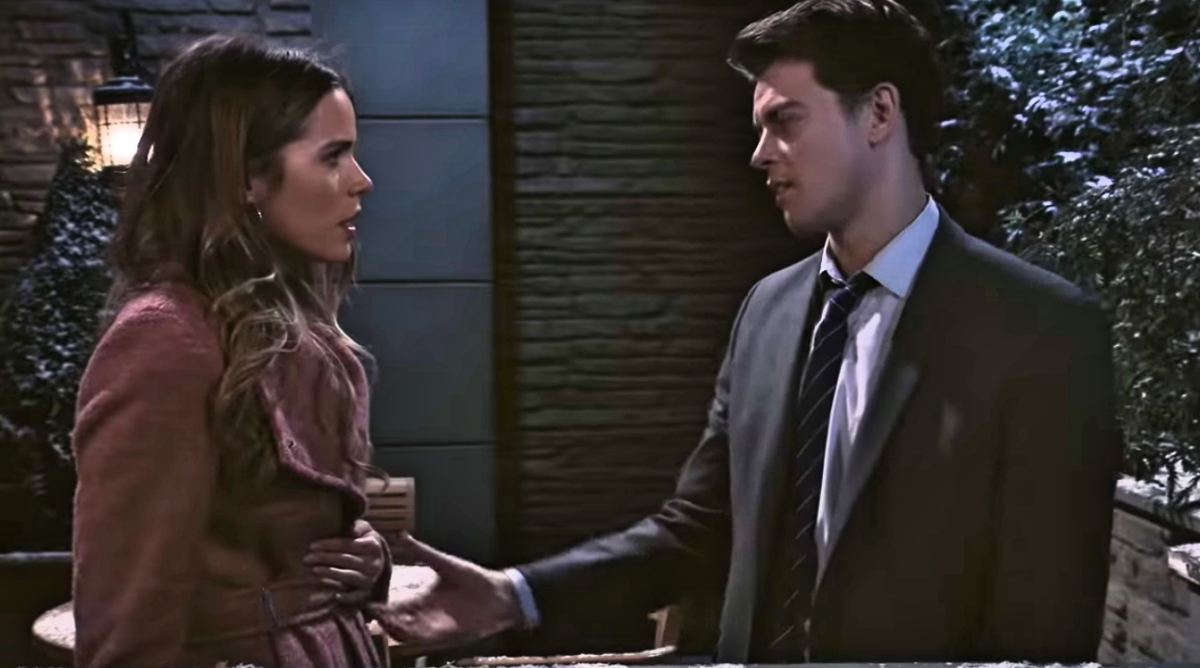 General Hospital spoilers tease that after the attacks against Sonny Corinthos (Maurice Benard) and his family members, including Michael himself, Michael Corinthos (Chad Duell) decides that it would be safer if he and Sasha Gilmore (Sofia Mattson) relocated and moved in together, and will do so in an upcoming episode of GH!

Michael and Sasha were together when the attack at the docks occurred, and she got a very good understanding of how dangerous life can be for a relative of Sonny Corinthos! As General Hospital viewers will recall, Josslyn Jacks (Eden McCoy) had spotted a gunman with his gun trained on Michael, shouted at him to get down, and as he shielded Sasha from the gunfire, Mayor Laura Collins (Genie Francis) got up from her hiding place, possibly worried about Josslyn, and she was shot before Dustin Phillips (Mark Lawson) showed up and scared the gunman away.

Since the gunman did get away, now there is someone who can associate Sasha with Michael and possibly Josslyn as well, although she could move in with her father, Jasper Jacks (Ingo Rademacher) if need be. Michael will want Sasha to be safe.

Sasha also wants to protect Michael from Nelle Benson Archer, (Chloe Lanier) who Michael has moved onto the Quartermaine property, but set her up to live in the boathouse that is on the property, rather than in the mansion itself. Nelle, obviously, was not too happy with that, but now Michael can move Sasha into the mansion.

This particular move may be temporary, because Michael won’t want to bring problems to the Quartermaine side of his family either, since Sonny’s enemies may not know that Michael is an adopted son of Sonny Corinthos, AJ Quartermaine (Sean Kanan) having been his adopted father. But for now, they are living in the mansion.

General Hospital spoilers say that Sasha and Nelle will clash, which is not surprising since they already have, and more than once. They will clash over Michael, more than likely, and Nelle will not like that Sasha is living in the mansion when Nelle is relegated to the boathouse! Nelle doesn’t even want to be with Michael, she just doesn’t want him to be happy, and she can tell that Sasha makes him happy!

Nelle and Sasha will get into a catfight that will make Michael question his own judgment in having brought both women into the Quartermaine property, but Sasha will assure Michael that she does not regret the decision, which she herself was a part of, and knows what she was getting into with having to deal with Nelle, and she feels confident she can handle both the situation and Nelle herself. Sasha may have the delicate beauty of a flower, but she certainly isn’t a fragile flower when it comes to holding her own with Nelle; she can take care of herself!

EastEnders Spoilers: Linda Puts Son In Danger – Should She Be Banned From Seeing Ollie Until She Goes to Rehab?