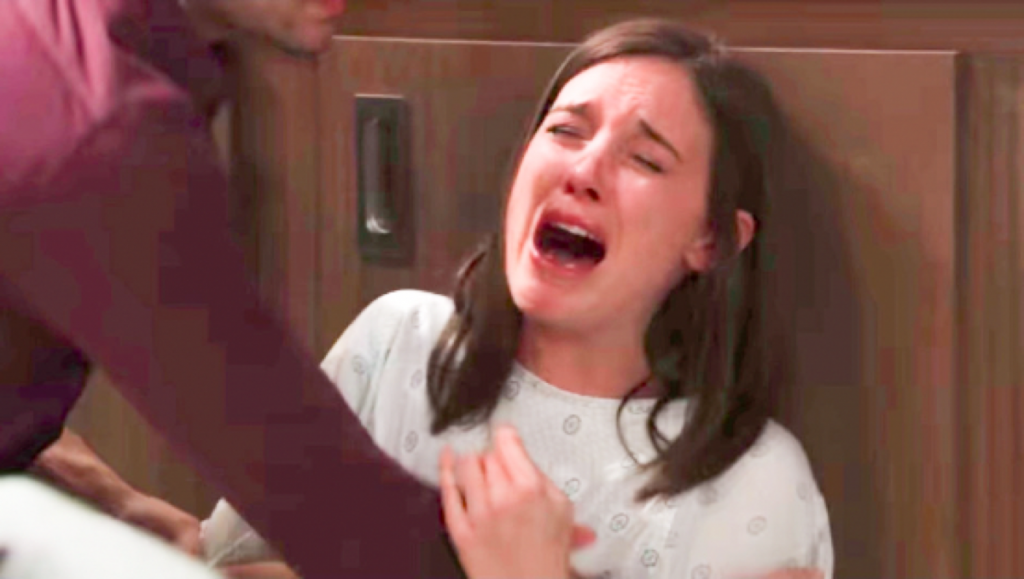 Lucas Jones (Ryan Carnes) is shell shocked as he sees his baby with his nephew.

At the Port Charles PD, Curtis Ashford (Donnell Turner) is trying to get details from his wife Jordan Ashford (Brianne Nicole Henry) about the danger she is in. Marcus Taggert (Real Andrews) explains that they were involved in an undercover DEA operation and the leader wants revenge.

In his jail cell, Brad Copper (Parry Shen) begins yelling when he sees Nelle Benson (Cloe Lanier) coming in. He asks where Wiley is and Nelle calls him despicable.

At her bedside in GH, Harrison Chase (Josh Swickard) calls out Willow Tait’s (Katelynn Macmullen) name. She awakes and Chase tells her that Wiley is okay, but he has bad news. Chase tells Willow that Wiley is not her son, Nelle and Michael are his birth parents.

Lucas Jones (Ryan Carnes) takes Wiley to give him a snack as everyone stands around saddened by the turn of events. Lucas apologizes for the turn of events as Bobbie Spencer (Jaclyn Zeman) and Carly tells him he was not responsible for this.

Bobbie and Carly tell Lucas that they will help him through this terrible time.

Curtis Ashford (Donnell Turner) puts the pieces together about the two ‘friends” of hers that died of drug overdoses. Marcus Taggert Real Andrews) says “two down, two to go.” Curtis is mad that they did not tell him and believes there is more to the secret.

Jordan says she went to see Cyrus at Pentonville and he’s going to burn her city down.

In his office, Ava Jerome (Maura West) comes flying in wondering if he’s hurt, he left a message about an emergency. Ava is horrified that the baby Lucas adopted died of sudden infant death syndrome and the babies were switched. Julian realizes that he’s a dead man if Sonny ever finds out the truth that he knew.

Julian explains to Ava about the baby switch and she wonders why he lied this whole time, he should have told Sonny. Julian says he feels he has failed his child.

From their jail cells Nelle Benson (Chloe Lanier) yells at Brad Cooper (Parry Shen) for leaving her with a dead baby on the side of the road. Brad is confused as its obvious Nelle is lying so he is the only one who gets in trouble.

Nelle continues to lie about what happened and Brad says Obrecht is the one who delivered the baby, she was not alone.

Julian warns Ava that she should steer clear of all of this trouble. Willow realizes that Brad played a huge part in all of this and it could have been prevented. Willow screams as she realizes her baby died alone. Lucas hands over Wiley to Michael and says goodbye to his “son”………flash to preview