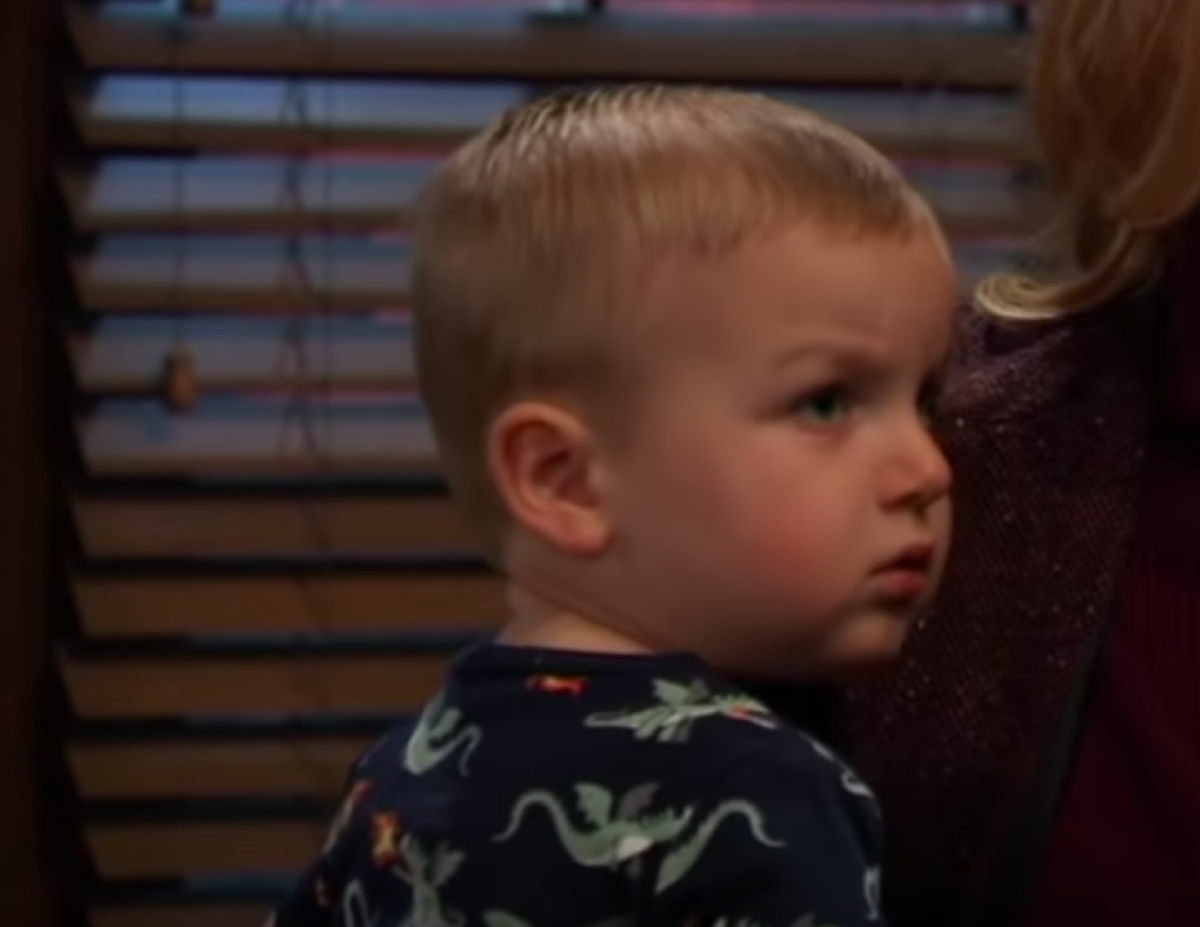 General Hospital (GH) spoilers tease at the fall out of the big Wiley reveal. With the reveal of Wiley being the son of Michael Corinthos (Chad Duell) and Nelle Benson (Chloe Lanier) and not Brad Cooper (Parry Shen) and Lucas Jones (Ryan Carnes), there is bound to be some fall out left behind from the explosion.

Michael may have his child back, but Wiley has started to form a connection with Lucas and Brad, whom he assumed was his parents.

GH Spoilers: There Will Be Fallout Following The Baby Willey Reveal!

So many lives were connected through Willey, and now that the secret is out, those people will have to face the truth. Lucas was one of the first to find out and the one to expose the secret. Lucas feels like he lost his whole family in a matter of seconds, and now he will have to find a way to process it all.

He will have to see Willey around while trying to find a way to deal with his heartbreak. He does have a family standing behind him, including his mom, sister, and cousin. However, Brad left some truth out, and like always, all will be revealed.

Willow Tait (Katelyn MacMullen) will also be dealing with the heartbreak of learning that her son has been dead this whole time. That the child that she has been protecting this entire time was the son of Michael. Her heart will break, and that will lead to a powerful performance by Katelyn MacMullen on the episode that will air on the 21st of February. Someone else who will be thrown into the situation is no other than Ava Cassadine (Maura West).

General Hospital Spoilers: Ava Jerome Knows Loss As She Has Been Through It

Ava knows loss as she has been through her own loss recently. Ava lost Kiki Jerome (Hayley Erin) not too long ago and will here about the loss of Willow’s child on the episode that airs on the 21st of February. Even though these two have not had interactions with each other, she will feel heartbroken about the situation and will empathize with Willow’s loss. She hears about Willey not being Willows’s son from Julian Jerome (William DeVry) and will be horrified by the news she hears.

Carly Corinthos (Laura Wright) will wonder how to handle the situation and what will be best for Wiley. It will be interesting to see how they handle the situation. It is going to be difficult for everyone to adjust to the new situation, and things may be even more difficult for Wiley as all he knows is his old life. What do you think? Will Willow get through this? Who else do you think will be affected by the news? Will this affect Wiley as he starts to grow up? We’ll give you updates as GH news comes in. Stick with the ABC soap, and don’t forget to check Celebrating The Soaps often for the latest General Hospital spoilers, updates, and news.

Days of Our Lives Spoilers: Eric Martsolf and Stacy Haiduk Talks About Their Unique, Wild Pairing