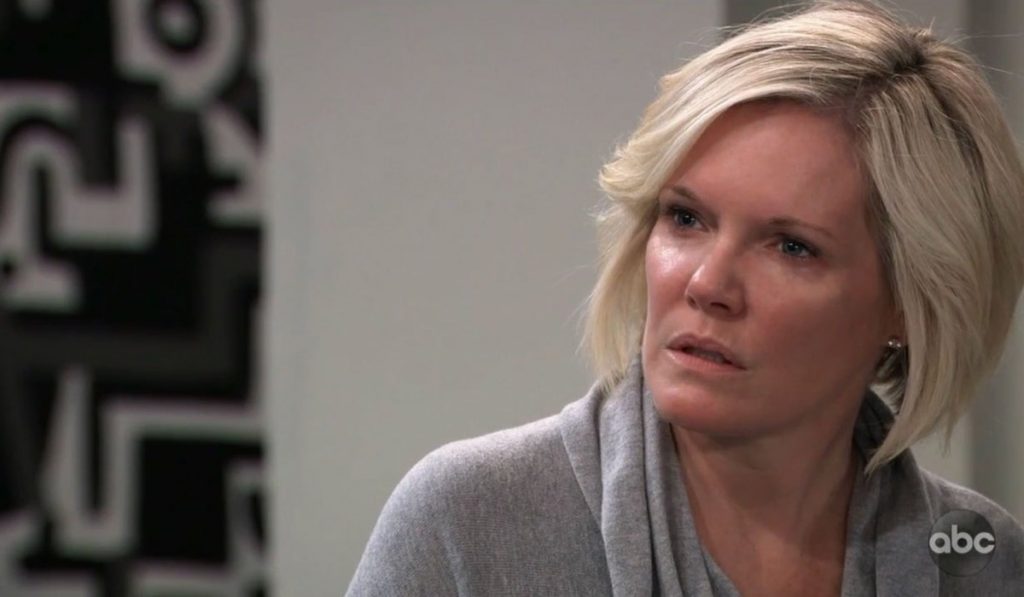 Nikolas Cassadine (Marcus Coloma) stops his friend of many years and one-time lover Elizabeth Baldwin (Rebecca Herbst) during her nursing duties at General Hospital and tells her that she needs his help.

Elizabeth looks at him with a look of annoyance on her face, since she was quite angry with him the last time she spoke to him and he was trying to explain why he played dead for over three and a half years, even to his mother, sister, and son!

She got so mad at Nikolas she actually slapped him in the face when she found out that he was behind the disappearance of her half-sister Hayden Barnes (Rebecca Budig)! Will she be calmed down enough to be willing to help him?

Elsewhere, Franco Baldwin (Roger Howarth) shocks Ava Jerome Cassadine (Maura West), his former lover, when he tells her that Nikolas and Elizabeth had once had an affair! Ava looks blindsided by the information, and asks, “Nikolas and Elizabeth had an affair?” Longtime General Hospital viewers will recall that this was when Elizabeth was engaged to Lucky Spencer (Jonathan Jackson) and Nikolas had just broken off with Rebecca Shaw (Natalia Livingston). In fact, there was some questions about the paternity of Aiden Webber (Jason David) because Elizabeth found herself pregnant shortly after the affair, but paternity tests showed his father to be Lucky!

Brad Cooper (Parry Shen) rails at Julian Jerome, (William DeVry) who has come to visit him in jail. Brad is livid as he shouts at Julian that he has lost everything, but Julian turns it back at Brad, reminding him that it’s nobody’s fault but his own for his lies and his poor choices! Julian will offer help with paying for a lawyer, but Brad really needs a magician or a miracle worker – even the best lawyer in the world cannot come up with much of a defense for someone who confesses to a crime in front of as many witnesses as Brad did!

Willow Tait (Katelyn MacMullen) tells Detective Harrison Chase (Josh Swickard) that she knows what she has to do as she sits on the couch with him in their apartment. This, of course, has to refer to Wiley Cooper-Jones who she now knows is Jonah Corinthos (Erik and Theodore Olson), and Chase begs her to let him help her. Will she let her boyfriend help, or will she insist on doing what she has to do on her own?

Carly Corinthos (Laura Wright) tells her husband, Sonny Corinthos (Maurice Benard) that Nelle Benson Archer (Chloe Lanier) is the mastermind behind the whole thing, referring to Brad swapping Willow’s dead baby whom he and Lucas Jones (Ryan Carnes) had adopted, for Jonah, as they sit in their home. Sonny can’t disagree with that theory!

Michael Corinthos (Chad Duell) is feeling a little inadequate as he talks to his paternal uncle, Jason Morgan (Steve Burton) about being a single father and raising Wiley on his own. Longtime General Hospital viewers will recall from the time that Michael was a newborn to around the time he was Wiley’s age, Jason raised him because of Carly’s severe post-partum depression. He will encourage Michael that he will do just fine!