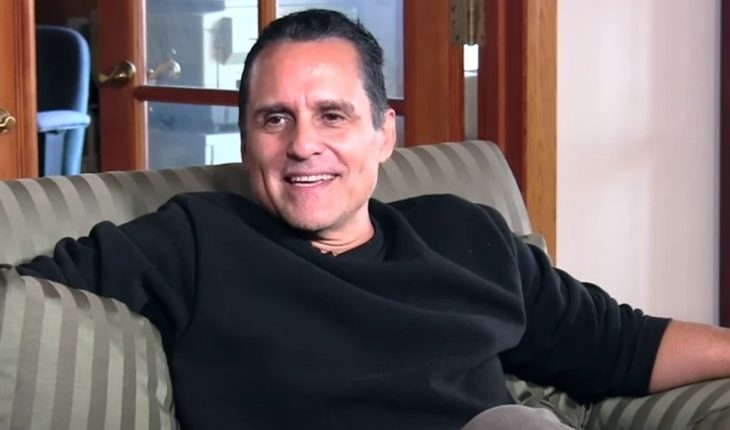 ABC General Hospital spoilers reveal that Maurice Benard (Sonny Corinthos) has addressed Kanye West’s recent headline-making behavior with a tweet of his own.

West announced his intent to run for president on July 4 and had his first political campaign rally on Sunday in South Carolina. Livestream videos of the event recorded Kanye’s claim that abolitionist Harriet Tubman, “never actually freed the slaves. She just had the slaves go work for other white people.”

He also spoke against abortion, saying that he and wife Kim Kardashian considered terminating their first pregnancy with daughter North who was born in 2013.

He added, “So even if my wife were to divorce me after this speech, she brought North into the world, even when I didn’t want to. She stood up, and she protected that child.”

“I almost killed my daughter,” he said, weeping.

Before leaving the topic he said of his mom, Donda West, “My dad wanted to abort me. My mom saved my life. There would have been no Kanye West because my dad was too busy.”

As I saw a video of @kanyewest it really saddened me, I don’t know the details,I have a gut feeling. From one Bipolar to another Bipolar, I truly hope you find your way☮️

Maurice is a well-known mental health advocate. This is what he tweeted in regard to West: “As I saw a video of @kanyewest it really saddened me, I don’t know the details, I have a gut feeling. From one Bipolar to another Bipolar, I truly hope you find your way☮️.”

In 2019 Kardashian told Vogue that her husband has accepted that he is bipolar, adding that he has chosen not to treat his condition with medication.

“For him, being on medication is not really an option, because it just changes who he is,” she is quoted as saying.

She added, “It is an emotional process, for sure. Right now everything is really calm. But we can definitely feel episodes coming, and we know how to handle them.”

Benard’s website, State of Mind, addresses his thoughts on mental health issues. In one video he says, of his bipolar diagnosis, “I’ve lived with it for over 30 years. I’ve been through three manic episodes, anxiety… too much… and depression.”

“I have been taking lithium for over 30 years. It pretty much saved me along with my wife.”

Many years ago Benard convinced showrunners to incorporate his real-life diagnosis into that of his character Sonny Corinthos. That was 15 years ago, and five years ago GH explored the fact that Sonny’s son Morgan Corinthos was also diagnosed with bipolar disorder.