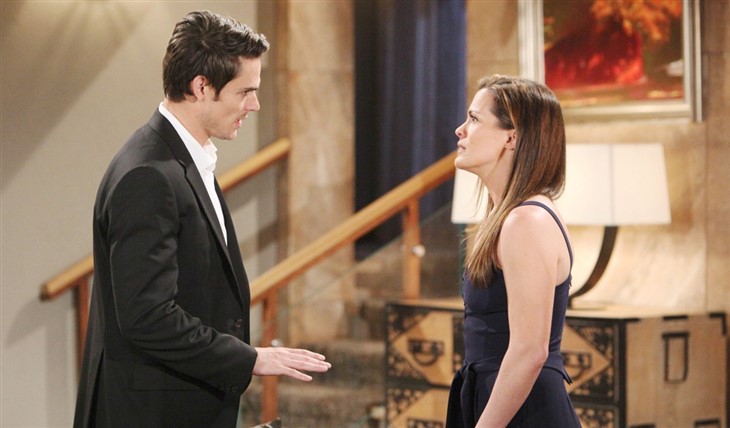 CBS The Young and the Restless spoilers document that Chelsea Lawson (Melissa Claire Egan) has had some time to think about what Adam Newman (Mark Grossman) told her in the spring. As she and devoted viewers recall, Victor Newman (Eric Braeden) was forced to tell his youngest son what really happened many years ago in Kansas.

Chelsea was shocked to hear Adam tell her that he’s believed to have killed Alyssa Montalvo’s (Maria DiDomenico) father. Grossman’s character was convinced that Victor told him that information in order to deflect responsibility for having killed A.J. Montalvo (no actor’s name known for this role) himself. But the Moustache’s account of Adam’s childhood action appears to be true.

The Young And The Restless News Update: Half-Hour Episodes Of Y&R To Air – Goes Back To The Beginning

Connor Newman’s (Judah Mackey) mental health issues were able to be resolved earlier this year. The deep angst he felt, due to the constant Newman drama, led to him jumping off a jungle gym. Thankfully, he only suffered a broken arm.

Adam was in Las Vegas, Nevada, when his son had a break from reality. Viewers know that Adam decided to leave Genoa City, Wisconsin, and return to his life of professional poker playing because he was distraught at double-dosing Victor’s medicine. But Nick Newman (Joshua Morrow) sought out his brother and accompanied him home as Connor’s situation developed.

Egan’s character wants to shield her son from any further upheaval. So that’s why Adam’s news is especially concerning.

Adam couldn’t see the concern on Chelsea’s face after he detailed Victor’s story. But she had the look of someone who was fully troubled.

There is no love issue where Chadam is concerned. Adam and Chelsea are each other’s revived soul mates. Both halves of this duo worked hard to restore their family and have every intention of remaining together.

However, it’s fair to wonder when not if, the authorities will at least question Adam about Kansas, along with what happened in Vegas.

The Young And The Restless Spoilers – Las Vegas Is More Pressing

Adam’s admission to Chance Chancellor (Donny Boaz) signaled future jeopardy. The man who Chance was tracking supposedly lunged at Adam, who killed him in self-defense.

The above may have been explainable. But Adam and Chance will have a hard time explaining their actions so long after the fact.

Chelsea needs to help Adam recall what he did in Kansas and prepare to deal with what happened in Vegas. Hopefully, Chadam’s restored family won’t be broken by what appears to be a coming dig into Adam’s actions.