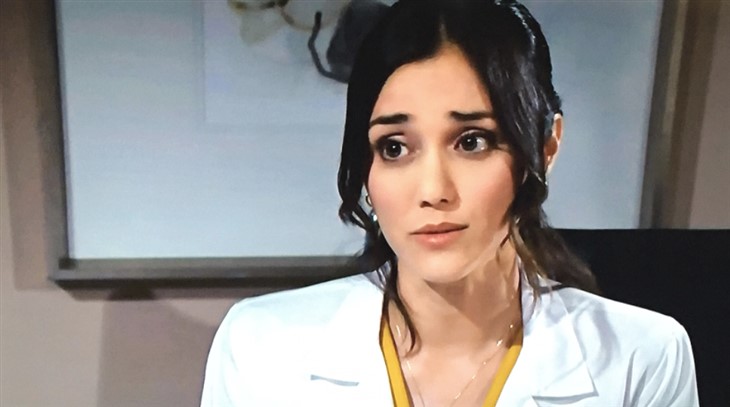 CBS The Bold and the Beautiful spoilers reveal that once Flo Fulton (Katrina Bowden) is tied to the radiator in Sally Spectra’s (Courtney Hope) apartment, Dr. Penny Escobar (Monica Ruiz) begins to panic. Sally reveals her baby plan, which shocks the doctor. Penny begs her friend not to go through with it and this has gone too far already. Could Sally turn on her partner in crime?

The Bold And The Beautiful Spoilers – Schemer Announces Her Next Move

B&B spoilers reveal that once Flo is tied up, she begins to wake up. She is stunned to find herself tied to the radiator in Sally’s apartment. Already coming up with the next phase of her plan, the devious designer announces to Flo and Penny that she is going to seduce Wyatt Spencer (Darin Brooks) and get pregnant with his baby.

Days of Our Lives Spoilers: Eric and Nicole Get Disturbing News, How Will They Cope?

Flo isn’t the only one disturbed and shocked by Sally’s plan. Penny can’t believe that each time she thinks Sally has lost her mind, the redhead goes up a few notches. The doctor knows that she could lose her medical license, deal with losing the respect of her parents, be shunned by the community, and even go to prison. She begs Sally to stop this madness and they have to let Flo go. They can’t keep her tied up forever, after all.

The Bold and the Beautiful spoilers suggest that Sally could react by going into a rage. She is stressed to the max, Flo keeps complicating everything, and she’s no closer to getting Wyatt back than when this scheme began. She is also getting frustrated and impatient with Penny’s pesky morality. She doesn’t have the time to explain how important this plan is over and over again. She quickly turns on her partner in crime and Penny finds that her friend has transformed into an enemy.

Sally has tried explaining why they must continue with this scheme repeatedly to Penny. She comes up with all the ideas and makes sure Penny has the resources to do her part. She promises to make sure that Penny’s designs get seen by the top dogs at Forrester Creations. She has convinced the doctor that when she is back with Wyatt, all of Penny’s dreams will come true.

The Bold And The Beautiful Spoilers: Sally Sees Penny As A Problem – Alliance Done? https://t.co/IGOm9PnyCe pic.twitter.com/wfkiMnbMQs

But in Sally’s mind, all Penny does is whine, complain, freak out, and make her mission more difficult. With the redhead going to such extremes and not considering the fact she could go to prison, has Sally lost her mind? Could her fake health crisis turn into a very real and terrifying mental illness? How far will she go and if this doesn’t end now, could Flo end up dead?