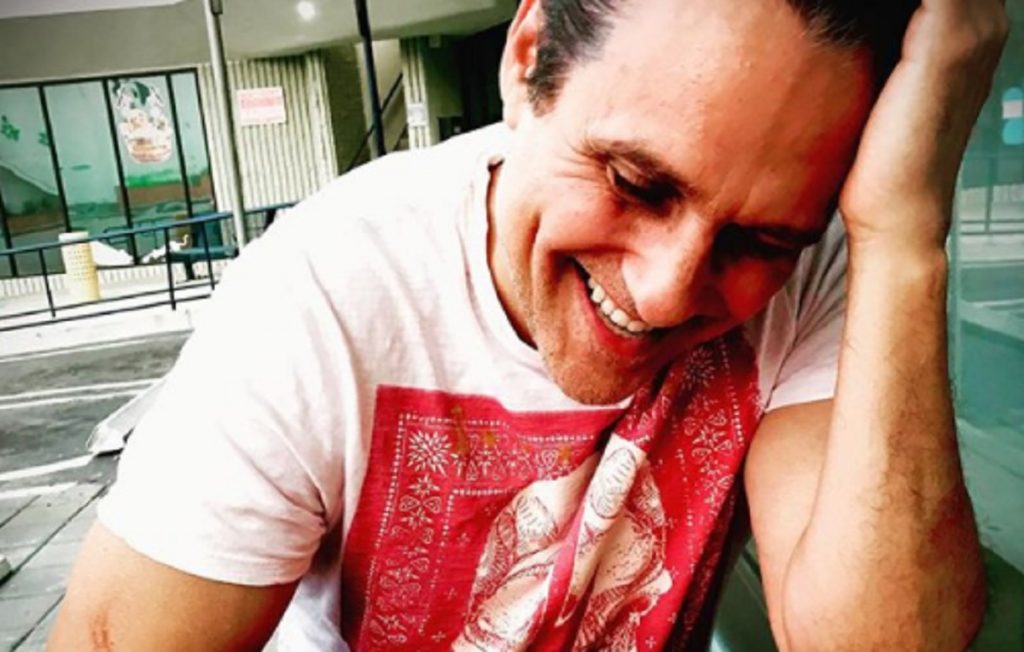 General Hospital spoilers reveal that congratulations are in order for Maurice Benard (Sonny Corinthos) who has just become a grandfather!

He tweeted out the good news saying, “Miracles do happen. Congratulations Heather and Phil.” Maurice’s first grandchild is named Eloise Andresen and her proud parents are Maurice’s daughter, Heather Rose and her husband Phil.

As you would expect Maurice’s fans were thrilled for him. One fan replied, “Congratulations, being a Grandparent is the best. The love you feel for your grandchild is incredible, it’s not that you love them more, it’s just a different kind of love.”

Another said, “That was great! Thank you for reinforcing the need to show our kids what mental illness looks like. I, too, have always hidden my feelings – especially during my bouts of depression. Heather – you are an absolute cutie! Best wishes for a easy and healthy delivery of your angel!”

And on fan shared, “Awww…. What a beautiful baby girl. Congratulations to the entire Benard Family. I watched Heather grow up and now she’s a Mom. Maurice and Paula I know you will be amazing Grandparents.”

Other fans also congratulated Maurice’s lovely wife, Paula who is now a grandma! One wrote, “Congratulations to Paula, you, and all your family. Heather looked wonderful in your video. One lucky little girl to have all of you to love her.”

Another fan couldn’t help but point out the obvious: “Congratulations to you, Paula and your family Wishing Eloise a healthy happy life This is real not a soap better get ready for babysitting.”

And one fan chimed in, “Congratulations to you, Mr. And Ms. Benard! Happy Grandparents Day!! Congrats to your beautiful daughter and SiL. Beautiful daughter’s beautiful name Eloise!! ❤❤❤❤❤ wishing you joy joy joy. Xo.”

Miracles do happen 💞 Congratulations @leftyandresen and @philthedreguy For this week’s @mbstateofmind episode I’m joined by my daughter Heather. Click the link in our bio to watch and be sure to subscribe. Learn more about State Of Mind at https://www.mbstateofmind.com “Nothing General About It” is available now wherever books are sold. #erasingthestigma #mentalhealth #learning #mentalhealthawareness #mentalhealthadvocate #stateofmind #nothinggeneralaboutit #family #love

General Hospital spoilers – What happens to Sonny Corinthos next in Port Charles?

In becoming a grandfather, Maurice now has one more thing in common with his GH character, Sonny Corinthos. Sonny was on pins and needles recently while his son Michael Corinthos (Chad Duell) fought for custody of his son, Wiley. That drama is now resolved, but Sonny has much more on his plate after his father Mike Corbin (Max Gail) passed away after fighting a battle with Alzheimer’s.

Sonny is also involved in a mob war with the new mob boss in town, Cyrus Renault (Jeff Kober). This week brings plenty bombshell drama and you won’t want to miss a single minute, GH fans!