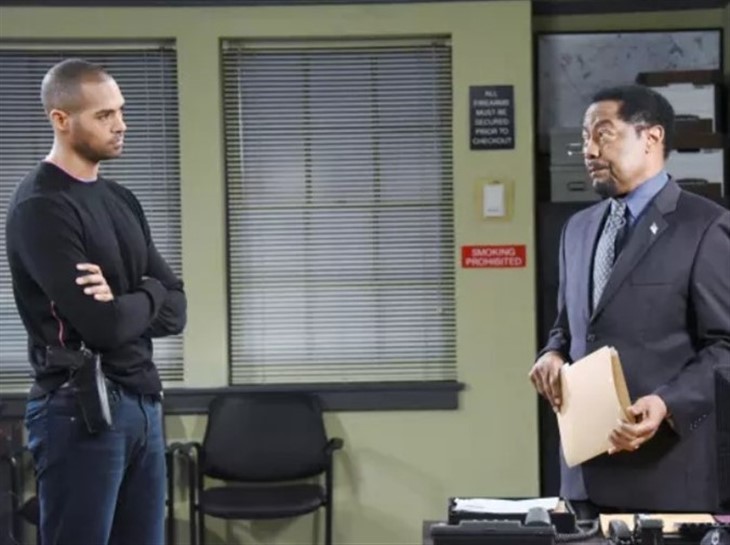 NBC Days of Our Lives spoilers for the week of October 12 reveal that Eli Grant (Lamon Archey) will open up to Abe Carver (James Reynolds). Around that same time, Eli will be facing a dilemma due to Melinda Trask (Tina Huang) threatening to send Lani Price Grant (Sal Stowers) to prison. Will Eli finally tell Abe what is going on so he can save his daughter from the vengeful DA?

DOOL spoilers reveal that Abe met with Trask and asked her to recuse herself. He was worried that her personal feelings would interfere with the case. However, she refused and insisted that she was capable of being a professional. Trask told Abe that if the evidence cleared Kristen DiMera (Stacy Haiduk), then she would accept that and vice versa. Abe had his doubts, but went ahead and allowed her to continue working on the case.

However, Trask isn’t being impartial at all. She is going to do anything to make Kristen pay, even if she has to take down others, as well. She told Eli that if he didn’t help her get solid evidence against Kristen, then Lani would be going to prison. In the end, Eli agreed to secretly tape Kristen confessing to the crime. However, it seems that he will still be struggling with whether to hand it over or not.

Days of Our Lives spoilers reveal that Eli is conflicted about what to do about the situation. He gave his word to Lani but wants to protect her from going to prison, as well. He also understands that Lani had good intentions when she helped Kristen escape. Unfortunately, she still broke the law and her being a police officer makes that crime even worse.

It is teased that during the week of October 12, Eli will open up to Abe. We have to wonder if he will tell the mayor that Trask is threatening Lani. After all, Lani is Abe’s daughter and he won’t take kindly to someone trying to destroy her life.

However, he also needs to realize that Lani did break the law. Is there any solution to Eli and Lani’s problem? Can Abe help before it’s too late? Or will DA Trask end up getting what she wants, just like she always has in the past? We will have to keep watching the NBC soap opera to see how this story ends.