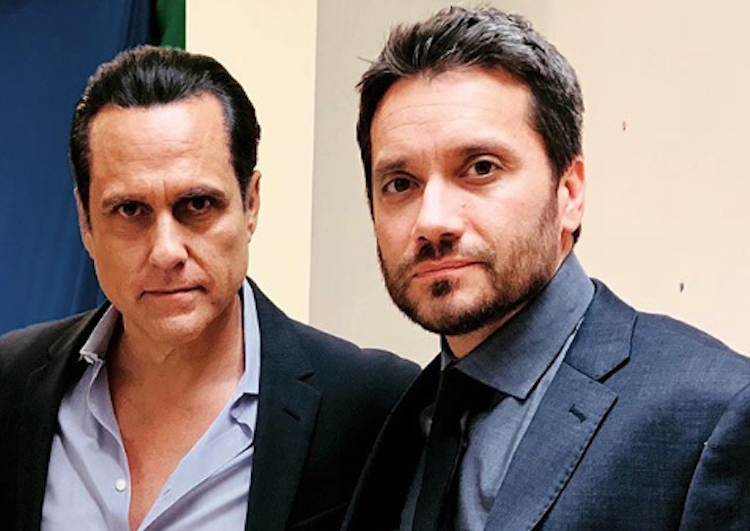 It’s long been known that Maurice Benard, also known as Sonny Corinthos on “General Hospital,” is scheduled to launch his book “Nothing General About It” this spring. But the actor constantly provides bits and pieces of what his fans could expect from it. The latest tidbit he provided was about Dominic Zamprogna, who used to play Dante Falconeri on the soap.

In an Instagram post, Benard recalled the time he first met Dominic Zamprogna. Back then, the latter arrived at the studio for his screentest. Benard said Zamprogna made a great impression on soap vets including him and he knew right away that they’ve found the right person.

““NOTHING GENERAL ABOUT. DOM. Dom came in to audition for @generalhospitalabc. When he left the room there was no doubt he got the role as Sonny’s son. We were blown away!!! #son #family #actor #nothinggeneralaboutit #mentalhealth #bookstagram #harpercollins,” he said.

In the past few months, Benard has offered other tidbits about his first meeting with other co-stars, especially those who have played key roles in the life of his character, Sonny. He revealed that he didn’t get along well with Laura Wright and Vanessa Marcil, at first. Then he shared that Lisa LoCicero auditioned for the role of Connie/Kate. She didn’t get the role but the casting directors created another character, Olivia, just for her.

Zamprogna joined “General Hospital” back in 2009 as Detective Dante Falconeri. During his stay on the show, he received a Daytime Emmy Award nomination for outstanding supporting actor back in 2014. He left the show back in 2018.

His other acting credits include “The Trial of Red Riding Hood,” “Are You Afraid of the Dark?,” “Kung Fu: The Legend Continues,” “Da Vinci’s Inquest,” “Tru Calling,” “Supernatural,” “Smallville,” and “Stargate Universe.”

Viewers will be in for a lot of shocks in the upcoming scenes of “General Hospital.” Spoilers for February 19 hint that Harrison Chase (Josh Swickard) will receive a shocking phone call and asked to go to the Corinthos house. Fans are in for a treat as tensions run high all thanks to Lucas Jones’ (Ryan Carnes) flashbacks.

Lucas will finally realize that “Wiley Cooper-Jones” (Erik and Theo Olson) is the baby he adopted with Brad Cooper (Parry Shen). It seems like he’ll tell everyone about Wiley’s true identity, which will surely leave everyone confused and shocked.