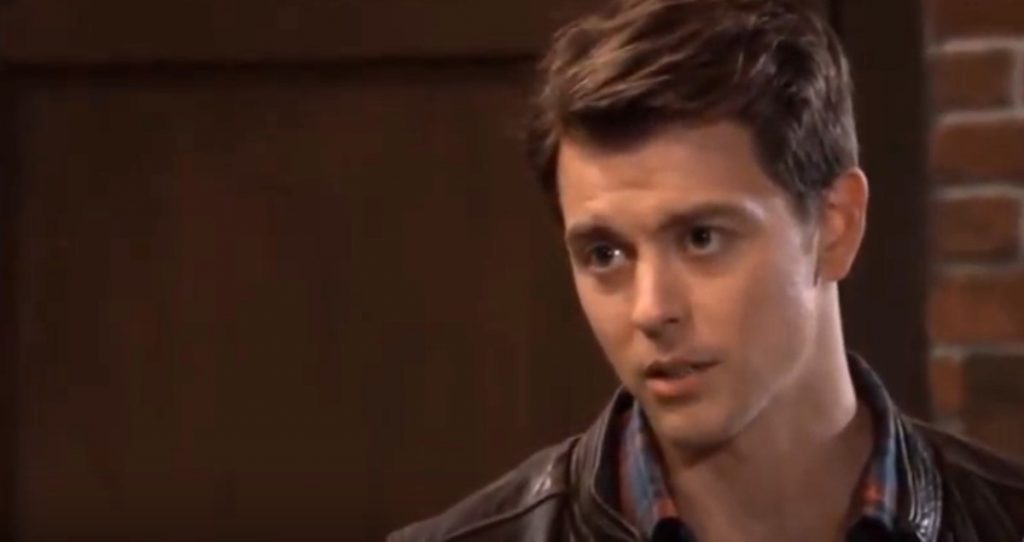 Michael now knows that Wiley is really his and Nelle Benson Archer’s (Chloe Lanier) son, Jonah Corinthos, but Wiley has been missing – Nelle kidnapped him after knocking Willow Tait (Katelyn MacMullen) out cold in her and Detective Harrison Chase’s (Josh Swickard) apartment – after Brad Cooper (Parry Shen) was arrested and put in jail at the Port Charles Police Department, and Willow is taken to GH for a checkup, Chase and Michael go on the hunt for Nelle and the baby!

Chase and Michael will probably decide not to tell Willow just yet that the crazy talk Nelle was screeching at her was true – that her baby Wiley died and the Wiley she knows is Jonah – there’s enough for her to process with her having been knocked unconscious and the baby missing! Willow will feel like a failure and blame herself for Nelle making off with the baby, but Chase and Michael will reassure her that she’s not.

Nelle is definitely headed out of the country because she has fake passports for both herself and the baby, and the closest place in Canada. It doesn’t seem reasonable for her to head for a place where English is not spoken unless she learned Spanish when she lived in Florida because of all the Hispanics living there – then Mexico might make a little bit of sense.

But Canada is much closer and that is probably where she would be headed. Time is of the essence and even though Chase might go the police route and put out an APB, or all points bulletin out on Nelle and call the airport and bus terminals and any other way out of town, such as the Port Authority, Michael will feel it imperative to undertake the search himself as well – even though Chase will be on the phone doing all the standard police maneuvers.

An all-points bulletin covers more than a BOLO or is on the lookout and an Amber Alert will likely be put out on Wiley/Jonah as well. Chase will ensure that photographs of both of them are distributed and that all police and the Coast Guard know what they look like.

It may well be that Chase and Michael together, or possibly even Michael himself will find Nelle and Wiley/Jonah first, although it would be easier with the two men together. Chase may even have to pull a gun on Nelle to get her to stop, and if he does, there is no doubt that the psychopathic Nelle will dare him to shoot when she has a baby in her arms!

But if Chase is distracting her in this way with a gun pointed at her there will probably not be much resistance given if Michael sneaks around behind her and grabs the baby out of her arms from behind, and then Chase can get to her quickly and cuff her! Either way, the baby will be safe!

The Bold and the Beautiful News: Courtney Hope (Sally Spectra) Has Fans In Both The Soap and Video Game Worlds