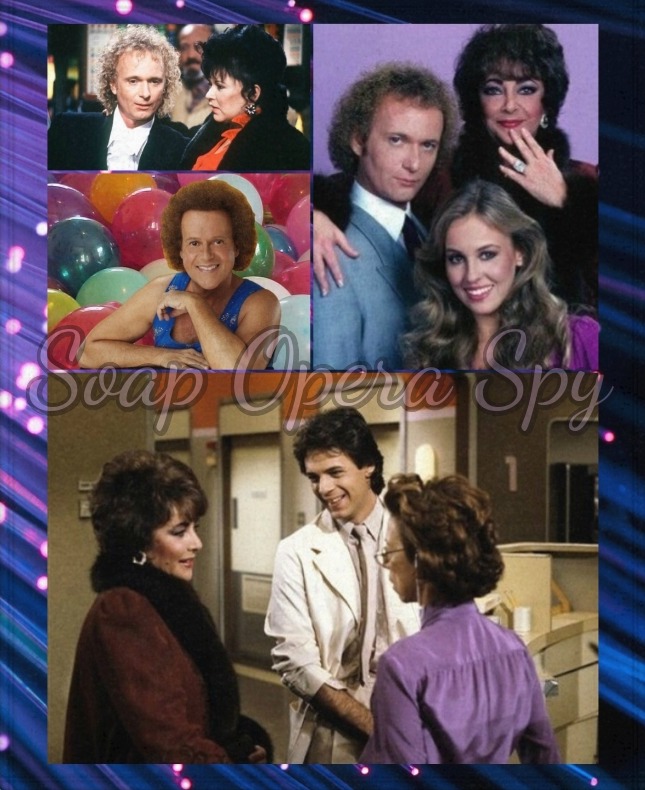 If you’ve been watching ‘General Hospital’ for decades, you may have noticed there’s been an interesting array of guest stars over the years. But if you’re a newer fan, you may not have seen some of the outrageous antics of these guest spots. Here’s a look at 10 surprising cameos on GH over the years.

This is a relatively recent one, so it’s a good place to start. Most fans adore Roger Howarth as Port Charles’ favorite reformed serial killer but the part was created for big screen actor James Franco at his request. Back in 2009, James Franco wanted to test his chops and came on the show as Jason Morgan-obsessed murderous artist Franco. He continued on off until 2012 when the recast came through since the character was popular with fans but James had to move on to other projects. 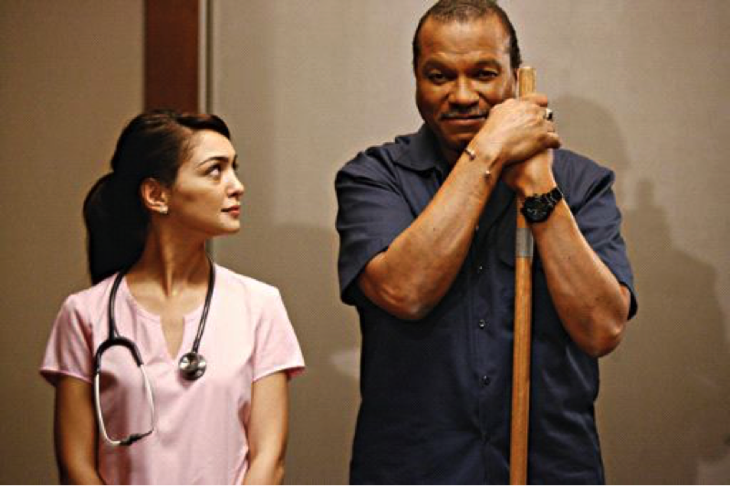 Ladies’ man Billy Dee may be best known for playing Lando Calrissian in Star Wars, but he also guested on GH as Toussaint DuBois. Billy’s character worked as a janitor then an orderly at GH and had a relationship with Epiphany Johnson (Sonya Eddy). He started on GH Night Shift then moved to the main show in 2009. But this wasn’t the awesome actor’s first turn on the soaps. Before he was a megastar, Billy Dee did turns on Another World and Guiding Light.

Wacky fitness guru Richard Simmons plays himself in his ongoing GH cameos. Most recently, he showed up at the Floating Rib when Mac Scorpio (John J York) and Felicia Jones (Kristina Wagner) got re-hitched. Fun fact is that Richard began his Sweatin’ to the Oldies craze while guesting on General Hospital. He’s been at Nurse’s Ball coaching the Magic Milo numbers and a host of other fun appearances. Simmons has been guesting on the soap since way back in 1979! 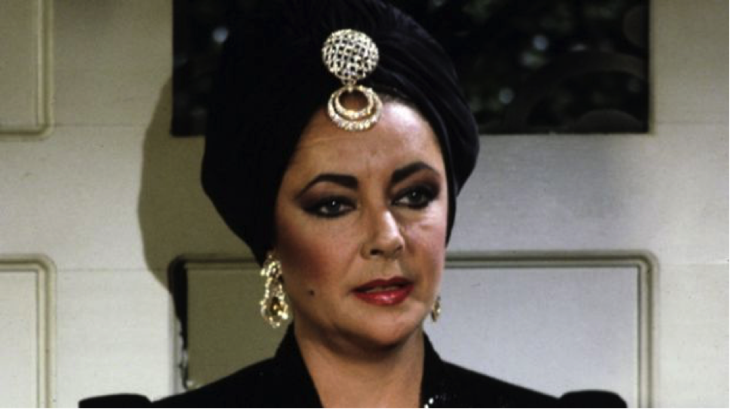 When you’re as famous as Liz Taylor – and a megafan of General Hospital – you can call up and demand to be put on the show. The Oscar-winning legend was a huge fan of Luke Spencer (Anthony Geary) and Laura Spencer (Genie Francis) and wanted to be at their wedding. Showrunners created the role of Helena Cassadine for Taylor who stepped into the role for just three episodes, long enough to shock wedding guests with a curse against the couple. Constance Towers stepped into her shoes later. 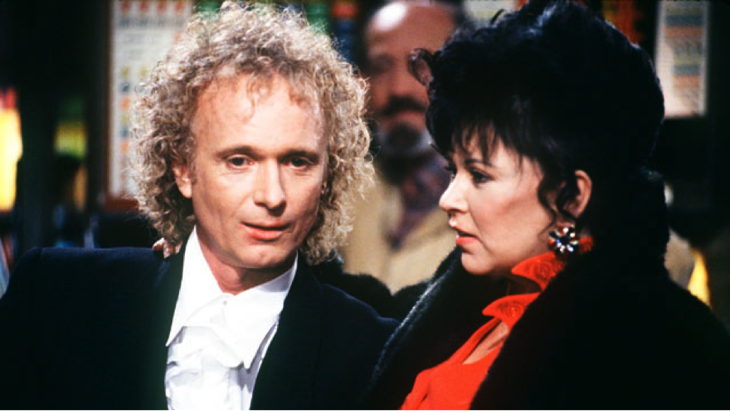 Roseanne was another famous GH superfan and she scored a cameo for both herself and then-hubby Tom Arnold on the ABC soap. Roseanne played Jennifer Smith, daughter of Luke’s mob nemesis Frank Smith for three shows in 1994. Tom played Jennifer’s hubby Billy Boggs for a total of nine episodes, but that didn’t stop Jennifer from flirting up a storm with Luke. Roseanne also had Geary and Francis do a cameo as Luke and Laura on her hit sitcom Roseanne.

Former co-host of The View Meredith Viera showed up a couple of times as Bree, a former madam of a high-end brothel back in the early 2000s. Then she reprised the role in 2012 but Bree had come a long way from running a sex shop and was helping Lucy Coe (Lynn Herring) run CoeCoe Cosmetics. Viera got to work alongside Teresa Castillo as Sabrina Santiago and Marc Samuels as Felix DuBois. She killed it in the double cameo and had fun to boot. 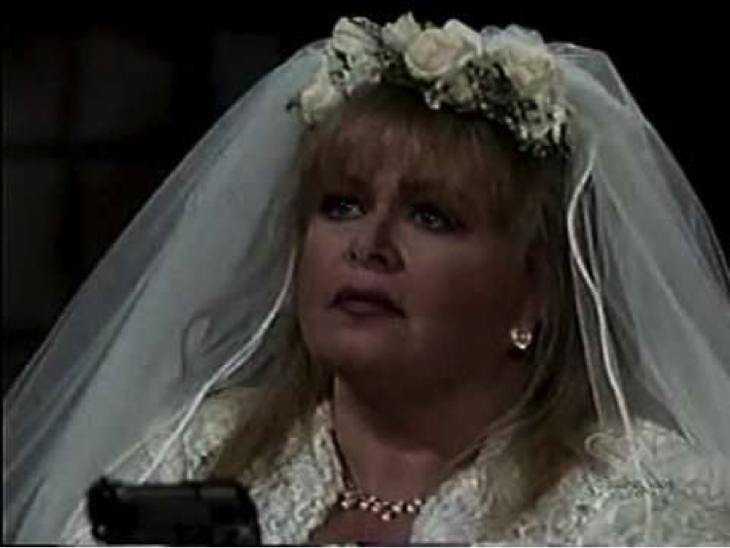 We loved Sally Struthers as the hippie chick daughter on All in the Family in the 70s and adored her on Gilmore Girls three decades later playing next door neighbor Babette to title ladies Rory and Lorelei. But Struthers also did a stint in 2002 playing Jennifer Smith – the same role portrayed by Roseanne Barr back in the 90s. Jennifer Smith came back to once again wreak havoc on Luke and Laura and Struthers got high praise for her reprisal of the mobbed-up maven. 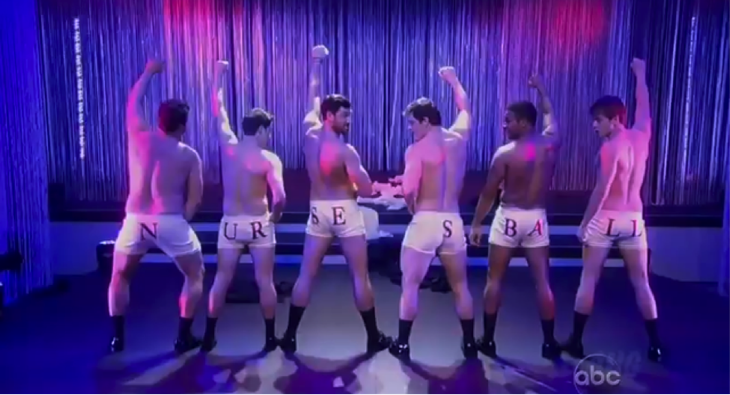 Dancing with the Stars hottie Maksim put the “SE” in sexy with his role in the Magic Milo number at the Nurse’s Ball a few years back. Rather than playing himself in the cameo, Maksim showed up as Anton Ivanov, a MetroCourt handyman who helps choreograph the Nurse’s Ball dance number, jived with Sam Morgan (Kelly Monaco) and then strips down as part of the show as well. Of course, Maks was Kelly’s partner when she won the DTWS mirror ball trophy in season one. His brother Val also guested on GH.

This beauty was old-hat at soaps – she began her career in Search for Tomorrow before moving into success with a bevy of spots on primetime TV and movies. Morgan Fairchild also starred in nighttime soap Flamingo Road. In 1996, she did a two-episode cameo as Sydney Chase which was a crossover role from All My Children/The City which was itself a spinoff of Loving after its cancellation. The bottom line is, Fairchild, stuns, as always, but then Chase was killed off by the “Happy Now” killer. 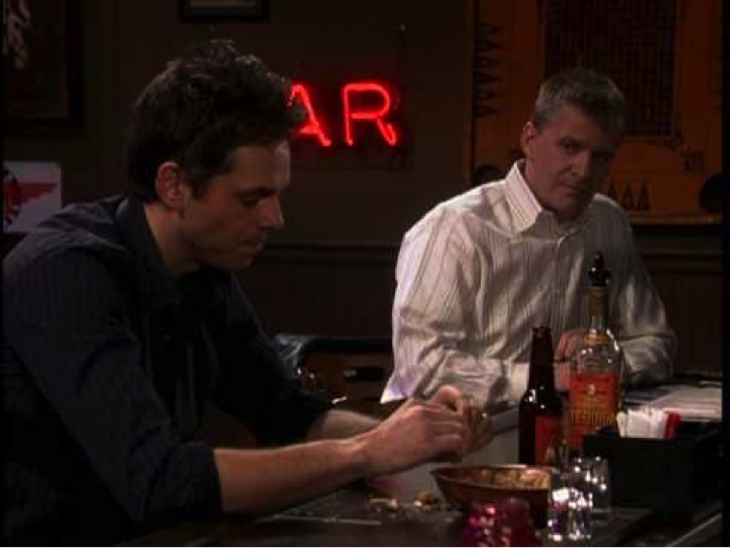 This may be the oddest of all GH cameos ever. Yep, that’s NASCAR superstar Jeff Burton sharing bar space with Patrick Drake (Jason Thompson) at the Floating Rib in Port Charles. Burton played himself in this guest spot back in 2009. JB was on the show because General Hospital and NASCAR were exploring cross-promotion and so they set up Drake as an avid NASCAR fan. Burton got to talk about the race car driving experience with the neurosurgeon in this oddball, one-off plotline.

So what do you think GH fans? Are these the hottest General Hospital cameos or what? Share your favorite GH guest star moments in the comments below and come back to Soap Opera Spy every day for tons of “General Hospital” spoilers and gossip.