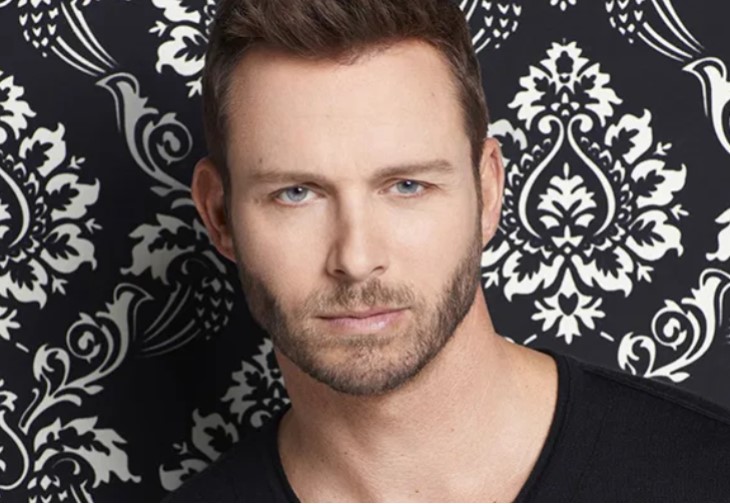 Days of Our Lives spoilers reveal that the baby swap story is far from over. The incident didn’t just affect two sets of parents. Many other lives will continue to be impacted. Eric Martsolf, who portrays Brady Black explained that several relationships are going to be ripped to shreds. Find out what else the actor had to say about the baby switch’s domino effect.

DOOL spoilers reveal that last week, Brady finally learned that Rachel Isabella DiMera Black (the May twins) didn’t die the day she was born. The newborn was switched with Sarah Horton’s (Linsey Godfrey) deceased daughter. Now that the truth is out, Brady thought he and Kristen DiMera (Stacy Haiduk) would get back their baby and be a happy little family.

However, certain events will take place that will turn Brady’s dream into a nightmare.

DOOL Spoilers – ‘Stay in Your Cage’

Once Kristen learns about the baby switch, she wants to get her daughter immediately. However, Brady urges her to be patient. She needs to give Sarah time to say goodbye. He also wants Kristen to focus on the fact that their daughter is alive. Unfortunately, she can only think about the agony she endured.

Despite Brady wanting Kristen to “stay in her cage,” she takes matters into her own hands. Kristen threatens Xander Cook Kiriakis (Paul Telfer). The villain tells her that it wasn’t his idea. He was just following Victor Kiriakis’ (John Aniston) orders. This prompts the unstable mother to confront the Kiriakis patriarch, but she’s not interested in talking.

Kristen stabs Victor as payback for the baby switch. After she gets home, Brady learns that his grandfather was attacked. He is horrified by a sudden realization. It’s not clear which is more concerning — Kristen stabbing someone or her being so calm after committing attempted murder.

Speaking to TV Insider, Martsolf teased that the story is far from over. He explained that so many people were affected by the baby switch. He also made it clear that relationships will be ripped to shreds.

“There are a lot of characters that are affected by this and relationships are going to be ripped to shreds as a result of the deceit – Maggie’s (Horton, Suzanne Rogers) world is just crushed. Everyone is a player in this. It’s not just two people who found out that their baby is alive. It’s a giant cast of characters across the spectrum who will find their lives completely overturned.”

Days Of Our Lives Spoilers: Marlena In A Rage, Tears Into Orpheus https://t.co/jRdXr8GofB pic.twitter.com/5F3qA5wUFe

Will anyone’s lives ever be the same after this? Is there any light at the end of the tunnel? Martsolf teased that the baby swap will continue to cause drama. It seems that we are only seeing the beginning of the destructive aftermath.

The Bold and The Beautiful Spoilers: Annika Noelle Shares What She Wants To Do When Quarantine Is Lifted With Her Surprising BFF

General Hospital Spoilers: Dev Suspicious Of Brando – Does Not Trust Him Feels He Has An Agenda