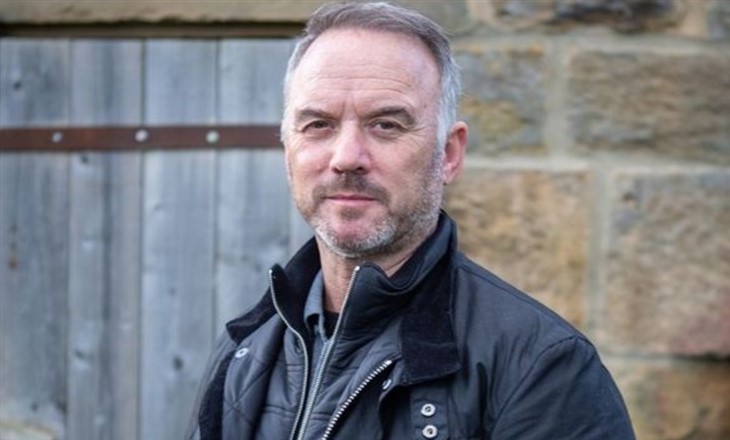 Emmerdale spoilers reveal that DI Malone (Mark Womack) plans on punishing Dawn Taylor. He is a cold-blooded psychopath, according to the actor. So, even the most horrifying deed won’t bother him a bit. According to Digital Spy, Malone plans on killing Dawn by forcing her to commit suicide by heroin overdose. Is there any possibility of her being saved?

It was only going to be a matter of time before people started finding out about Harriet Finch’s (Katherine Dow Blyton) affair with Malone. Moira Dingle (Natalie J. Robb) knows about it, but then was threatened by Malone, hit by a car and has been preoccupied with other things. The next person to discover the affair was Harriet’s stepdaughter, Dawn.

Emmerdale spoilers reveal that Dawn went to the police and reported Malone’s extracurricular activities. Next week, he will target Dawn and tell her that her testimony was not believed. He plans on doling out a lethal consequence for her “betrayal.”

Malone plans on murdering Dawn for turning him into the police. However, he soon brainstorms another idea. During the week of August 17, Malone corners Dawn. He reaches into his pocket and takes out a bag of heroin. Then, he demands that she commit suicide by taking a lethal dose of the drug. While he is ordering Dawn to take her own life, he is waving his gun around.

In the event that Dawn somehow survives overdosing, he has a backup plan to eliminate her permanently.

Womack recently spoke to Mirror about his character and the storyline. The actor explained, “The way I thought about it was I think the endgame is the same to him whether she dies, or whether she nearly dies and gets arrested and is put back in prison. Malone will go to whatever lengths he needs to… I think the idea is if she [takes the] heroin he would leave the scene looking like a drug deal gone wrong.”

Womack added that Malone is a narcissist and a psychopath. He explained that the villain will stop at nothing to get what he wants.

Emmerdale Spoilers: When Will Kim Return? Claire King on Why She Isn’t On New Episodes https://t.co/ZOy116gosp pic.twitter.com/lxQriMJs70

What Happens to Dawn Taylor

Emmerdale spoilers reveal that someone comes to save Dawn just in the nick of time. We don’t know who that person is, but it is stated that Malone soon finds himself in a dangerous situation.

‘The Bold And The Beautiful’ Spoilers: Quinn Went Too Far – Responsible For Ridge’s Divorce