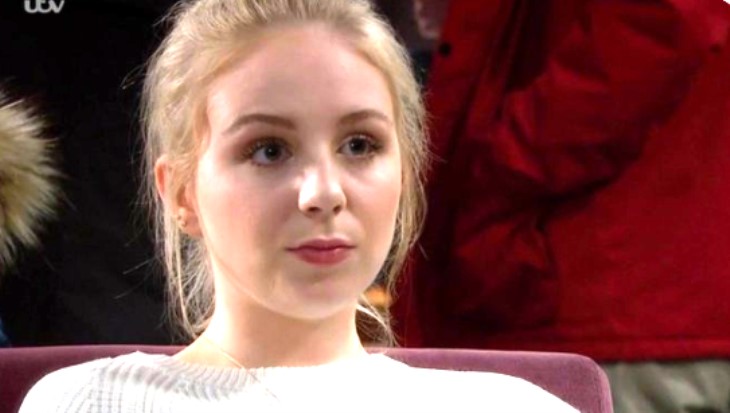 Emmerdale Spoilers hint that Belle Dingle (Eden Taylor-Draper) may be tempted to get payback against Jamie Tate (Alexander Lincoln). Belle and Jamie have been having a secret affair behind his wife’s back and promising her the world. However, unfulfilled promises may be his downfall as Belle becomes tired of the constant back and forth that Jamie has been showing.

This could be that she will come out with the truth, which will result in Jamie’s world falling apart as he will have to face the repercussions for his actions. Could it be that Belle will serve up a dish of revenge in the upcoming episodes?

Jamie and Belle’s affair started up again as he reunited with Andrea Tate (Anna Nightingale). When Jamie got back together with Andrea, it was obvious that Belle was not comfortable about the relationship being picked back up by the married couple. This leads her to confront him about it and try to end their friendship, which only resulted in him saying that he was only with Andrea because of guilt.

However, it turns out to be more than just that as he stays with Andrea and also sleeps with Andrea hours after sleeping with Belle. Tired of the back and forth, Belle asks him if he will leave his wife in which he admits that he has no intention of leaving his wife. This did not go over well for him.

It is clear that although she has been sleeping around with Jamie, she does feel guilty about it, especially when she around Andrea. That guilt may lead her to tell it all to her, especially since she keeps finding herself around Andrea at every turn. Could she decide to let it slip that Jamie has been unfaithful to his wife after they got back together? It would be interesting to see if she will come clean and how Andrea will react to the news of her husband’s infidelity.