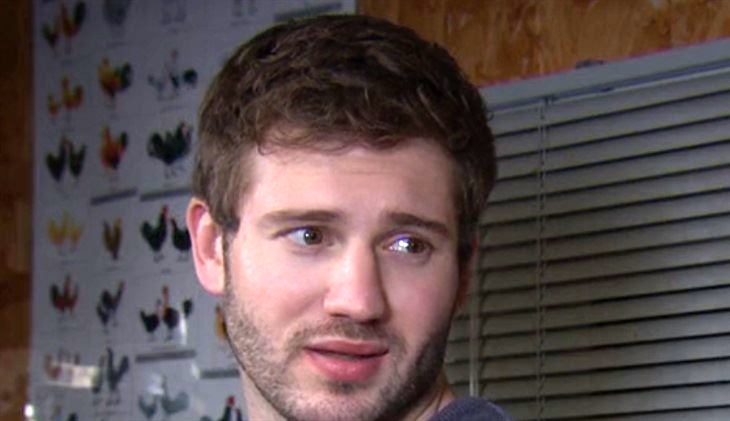 ITV Emmerdale spoilers reveal that Jamie Tate (Alexander Lincoln) convincingly lies to Andrea Tate (Anna Nightingale). When she believes it, Jamie starts bragging about his successful scheme. He doesn’t know that she is listening to every single word, though. This prompts her to see Moira Dingle (Natalie J. Robb) and tell her it was Jamie that struck her with the car.

During the week of September 21, Jamie will manipulate and trick Andrea. After she is convinced of his lie, Jamie celebrates by bragging about playing her for a fool. However, he is celebrating way too soon. His boasting is going to be his downfall.

Emmerdale spoilers reveal that while Jamie is bragging about deceiving Andrea, she overhears what he says. She’s not going to let him continue playing her, so she decides it’s time to teach him a lesson. She’s not going to keep his secret any longer and pays Moira a visit.

It is teased that Andrea tells Moira that she knows who is responsible for hitting her that fateful night. She reveals that it is Jamie who is the driver behind the hit-and-run. She tells the story to Moira and makes sure to fuel the flames. Andrea makes sure that Moira knows that not only did Jamie hit her with his car, but he left her to die on the side of the road.

Afterward, Moira and Cain Dingle (Jeff Hordley) will go talk to Belle Dingle (Eden Taylor-Draper). They ask her if she knows anything about the hit-and-run that injured Moira. Of course, Belle chooses Jamie over her own family. She lies to Cain and Moira, pretending that she doesn’t know anything. However, they know that Belle is lying.

After they leave, Belle rushes to tell Jamie about the inquiry, but he is confident that the crime can’t be pinned on him. The evidence is at the bottom of the lake and just to make sure, Jamie and Belle go to check it out.

Emmerdale spoilers reveal that Jamie thinks that nobody will ever find out the truth about his hit-and-run. He tells Belle that he loves her, but his smile quickly fades.

He sees Cain coming toward him and the man looks furious… and he’s carrying a baseball bat! How will Jamie get himself out of this mess? Will Cain get lethal revenge for Jamie hitting Moira in his car? Or can somebody stop him before he kills Jamie in a fit of rage?