Emmerdale Spoilers: Dawn Furious With Will – Finds Out About Gun Incident 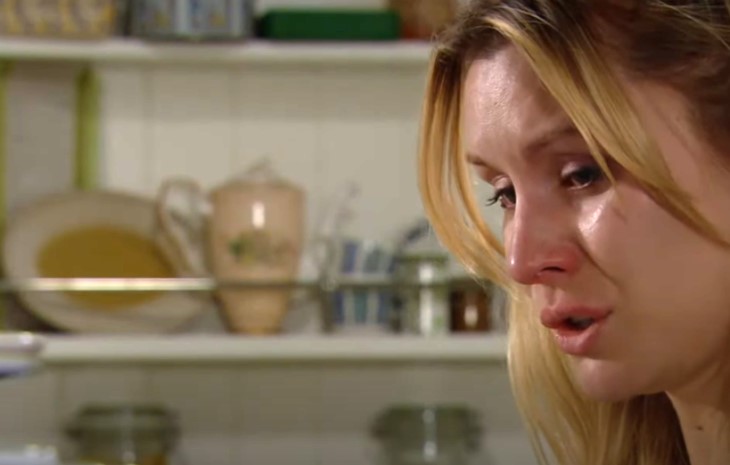 Emmerdale spoilers hint that Dawn Taylor (Olivia Bromley) will be upset to learn about her father’s interfering in her life and risking her chance of keeping her son, Lucas. Dawn just got her son back recently and is planning on keeping him in her life. However, plans do not always go the way we want it, and this may be the case for Dawn as she learns that Will has interfered too much is her and Lucas’s life. Will she lose her son because of Will?

In the upcoming episodes of Emmerdale, Lucas’s foster parents let it be known that Will Taylor (Dean Andrews) had threatened them after their meeting with Lucas. The foster parent came over in order to help with Lucas, but this just upset Dawn and made her feel bad, which ended up making Will upset. He goes over to the foster parents and threatens them, which causes concern for them, and they let it be known that they were threatened, which will go back to Dawn. Dawn is, of course, upset because this could risk her chances of keeping Lucas if they think that Lucas is in a dangerous situation or home.

Dawn soon learns about the gun incident as well. As viewers know, Lucas got his hands-on to a gun, which was brought in by Will. He began waving it around, but they did not tell Dawn about what happened since they did not want to worry her, but Billy Fletcher (Jay Kontzle) lets it slip in front of Dawn, which sets her off. How will she react to finding out that the son had a gun because of carelessness from her father? Could she be overwhelmed by raisin Lucas or will she kick Will out her life and/ or her son’s life?

It will be interesting to see how what Dawn has learned will affect her future decisions about Lucas and her father. What do you think about the situation that Dawn is in? Should Will keep his distance for at least for now, and how would you handle this situation if you were Dawn? Be sure to catch up on everything happening with the soap right now. Come back here often for Emmerdale spoilers, news, updates, and rumors!