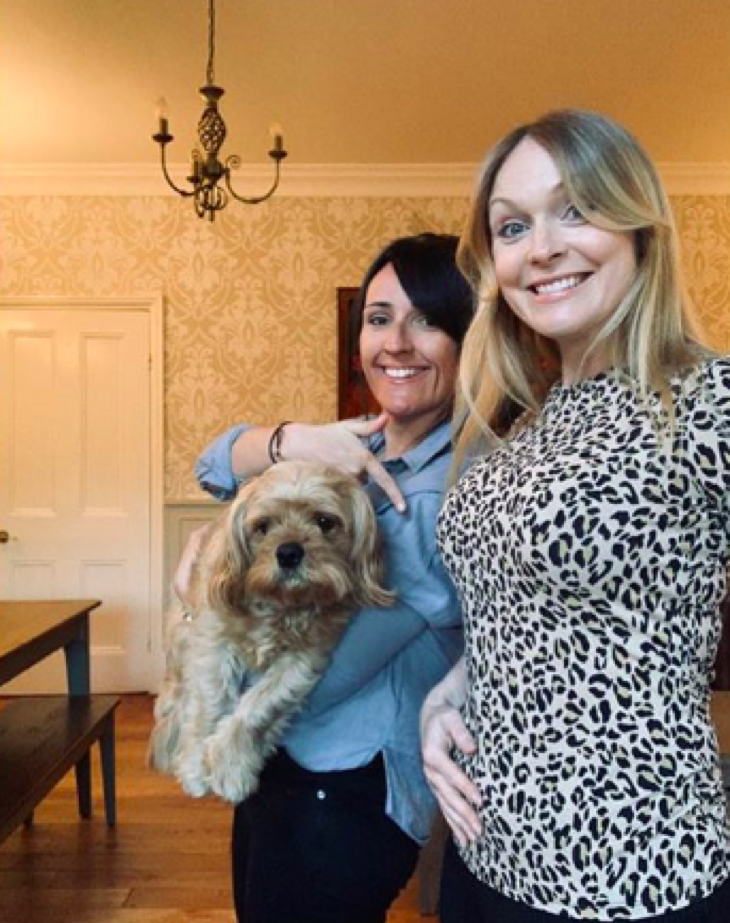 Emmerdale Star has recently come out with some exciting news. Michelle Hardwick is expecting a baby with her wife, Kate Brooks. They made the announcement on social media on the 21st. The post included a photo of her and Kate as well as their dog named Fred.

This exciting news was met with many supportive messages in response. Gemma Atkinson responded on IG, “Happy for you all!”

While Gaynor Faye, Former Emmerdale star responded, “OMG congratulations – how wonderful! You must be over the moon.”

As viewers know, Michelle’s character, Vanessa, is currently in the middle of a storyline involving bowel cancer. As viewers see Vanessa struggling emotionally while trying to fight the bowel cancer as she slowly pushes away the person she loves, Charity Dingle (Emma Atkins). This storyline will continue to escalate next week as she begins to think about who she wants to take care of Johnny and decides to go with Rhona Goskirk (Zoe Henry) instead of going with Charity, which will prove to be a decision that could potentially drive the two further apart.

Emmerdale Spoilers: Dawn Furious With Will – Finds Out About Gun Incident https://t.co/Uackt58w7I pic.twitter.com/IxQaRNTdeo

However, viewers will just have to tune in to see if the two are able to work things out between each other or if this could be the very thing that could potentially tear the two apart.

It is nice to get some good news during a time like this as production is at a halt until things began to cool down, and everyone is able to go out without having to worry about getting sick. What do you think about the exciting news, and are you ready to see what happens next in Michelle’s storyline? How do you feel about the current Storylines that are taken place on Emmerdale at the moment and which is your favorite storyline? Be sure to catch up on everything happening with the soap right now. Come back here often for Emmerdale spoilers, news, updates, and rumors!

Emmerdale Spoilers: Andrea Catches Jamie And Belle In The Act – Left With A Heavy Burden