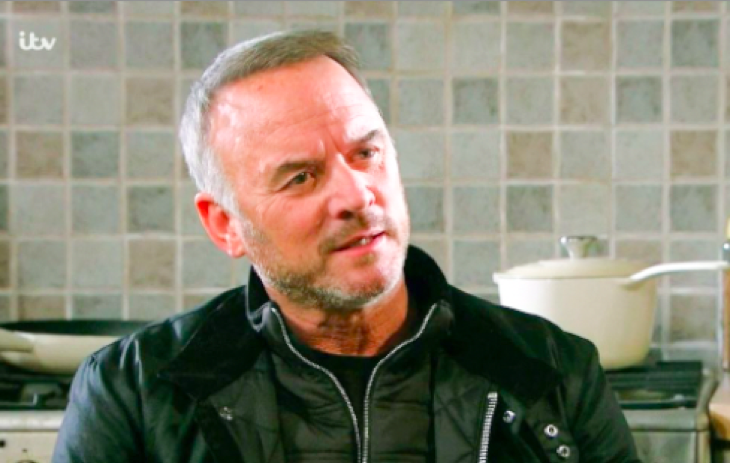 Emmerdale spoilers tease that DI Malone (Mark Womack) will set Billy Fletcher (Jay Kontzle) up. Billy, Will Taylor (Dean Andrews), and Cain Dingle (Jeff Hordley) have been bothered by DI Malone, who is using them to run criminal errands. However, it seems that DI Malone will up his antics by putting Billy’s future in danger; this will happen when he frames Billy for a crime that he did not commit. Will Billy go down for this crime, and will DI Malone get away with this?

Cain and Billy had leverage over DI Malone that they kept secret from him until the perfect time to use it. However, when Billy tells Will about it, Will acts out and goes to the place that the leverage is located. When he moved the evidence, Cain is upset and blames any future repercussions that may come next from DI Malone on Will. When DI Malone finds out about the leverage that was kept by Billy and Cain, he becomes upset and decides upon a way to get back at them. As the police began to investigate the 4×4, he gets nervous at the thought that the evidence will lead them straight to him. He goes straight to the source Billy ad Cain for an explanation. When he learns the truth, he seeks revenge against the two. This leads to Billy getting arrested after being set up by DI Malone.

Emmerdale Spoilers: Will Dan Make A Recovery – Long Road Ahead Of Him https://t.co/rQicTO3en7 pic.twitter.com/fac9R8d0oQ

Emmerdale Spoilers – Billy Is Set Up

When Billy is arrested and framed by DI Malone, he is told that one of DI Malone’s helpers had recently been beaten up and was told to say that Billy was the one that did it. This concerns Billy as he wonders just how bad things were going to get as DI Malone continues to pull the strings behind the scene. This will lead to DI Malone issuing Billy an ultimatum. However, Billy has to figure out whether or not; he will actually accept the ultimatum or work things out himself.

Viewers can look forward to DI Malone getting the upper hand and using his advantage to offer an ultimatum to Billy. It will be interesting to see how Cain will react to Billy being arrested and DI Malone’s involvement in Billy’s arrest. What do you think? What might be DI Malone’s ultimatum, and will Billy accept it? Be sure to catch up on everything happening with the soap right now. Come back here often for Emmerdale spoilers, news, updates, and rumors!