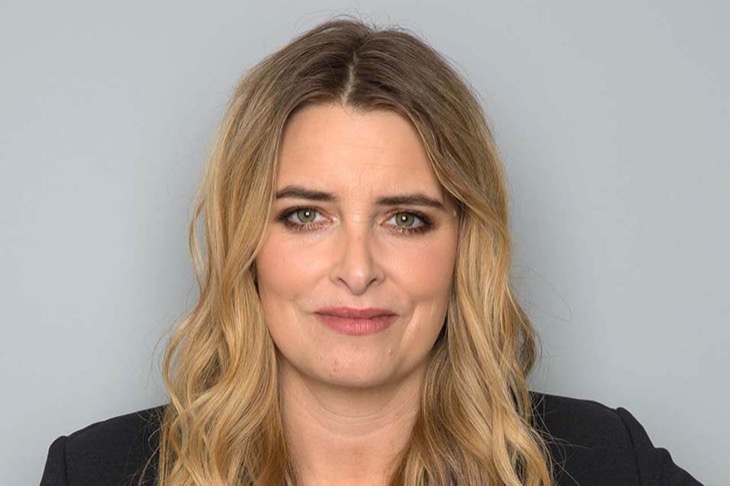 Emmerdale spoilers reveal that this week, Emma Atkins celebrates her 20th anniversary on the soap. During those two decades, writers have experimented and explored different facets of Charity Dingle’s personality. During an interview, the actress compared her character to a wounded animal. She also discussed Charity and Vanessa Woodfield’s (Michelle Hardwick) relationship.

During an interview with Digital Spy, Emma Atkins discussed the two decades that Charity Dingle has been on the soap. She made her big debut on March 30, 2000. Charity arrived to attend the funeral of her cousin, Francis “Butch” Dingle (formerly Paul Loughran).

Emmerdale spoilers reveal that Atkins originally was told it would be a three-month gig. Then, they would evaluate to see if it could go on for longer. The actress recalls,

“… if things worked out. I just thought: ‘I will make this work. I will bring this character to life. I have to’… If I’d been told then that Charity would still be around 20 years later, I’d have probably laughed.”

Over the years, there have been many sides to Charity. Sometimes, she was quite ruthless. However, lately, she has been a bit softer and is now a fan-favorite. When asked if she ever worried about her character crossing the line, Atkins explained that Charity has already done a lot of really bad things. However, Charity does have a heart and people seem to realize it. She added,”She is like a wounded animal at times and behaves in ways that I simply cannot defend. But nevertheless, it makes Charity’s world far more interesting. She is a walking disaster one minute and an empowered woman the next.”

Emmerdale spoilers reveal that Atkins stresses that Charity is a human being. She makes mistakes, but is able to move on. However, she did acknowledge that lately, it seems like she has gained the ability to apologize and really mean it. Many fans credit Charity’s relationship with Vanessa.

Speaking of the soap couple, fans are hoping that they stick together. They have endured so much and have lasted, although their romance did get rocky at times. We will have to see what the next 20 years hold!

What do you think of what Emma Atkins said about her character? Are you a fan of Charity Dingle? What are your thoughts on her relationship with Vanessa?