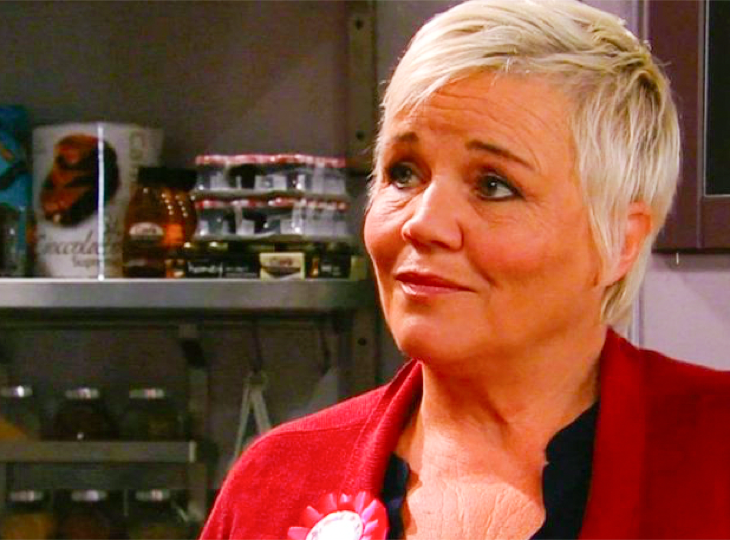 Emmerdale Spoilers hint that Brenda Walker (Lesley Dunlop) may be at risk of facing prison time in the near future for her carelessness. Brenda did not realize that when she made the wraps that one of the ingredients included peanuts in it, which would result in one of her friends/ customers having an allergic reaction. Will she go to prison for her mistake? 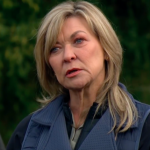 Brenda has made a terrible mistake, as she gave a wrap to Dan Spencer (Liam Fox) to eat not knowing what horror awaited him. She had labeled the wrap with the ingredients that she usually uses in the wraps. Little did she know that the ranch she had just brought contained almond milk.

This would not be a problem, except that Dan is allergic to peanuts and that by not listing the almond milk, Dan did not realize that he could not eat the wrap. After realizing her mistake, she was convinced to come clean. Dan was angry but realized that getting back at her would not change his situation. So, instead, he let her off the hook. However, Mandy Dingle (Lisa Riley) would not let Brenda off the hook.

Mandy went looking for evidence that Brenda was at fault. According to her, this is the second time that this has happened and that she should be more careful when it comes to listing ingredients. Brenda had thrown out the evidence in order to not face charges or get in any kind of trouble, but that did not stop Mandy. As she went into the dumpster in order to find what she had been looking for.

This could mean big trouble for Brenda as with the evidence; she could be looking at prison time for her act of carelessness. What do you think? Will Brenda be punished for her mistake, or will she be given a way out? Be sure to catch up on everything happening with the soap right now. Come back here often for Emmerdale spoilers, news, updates, and rumors!