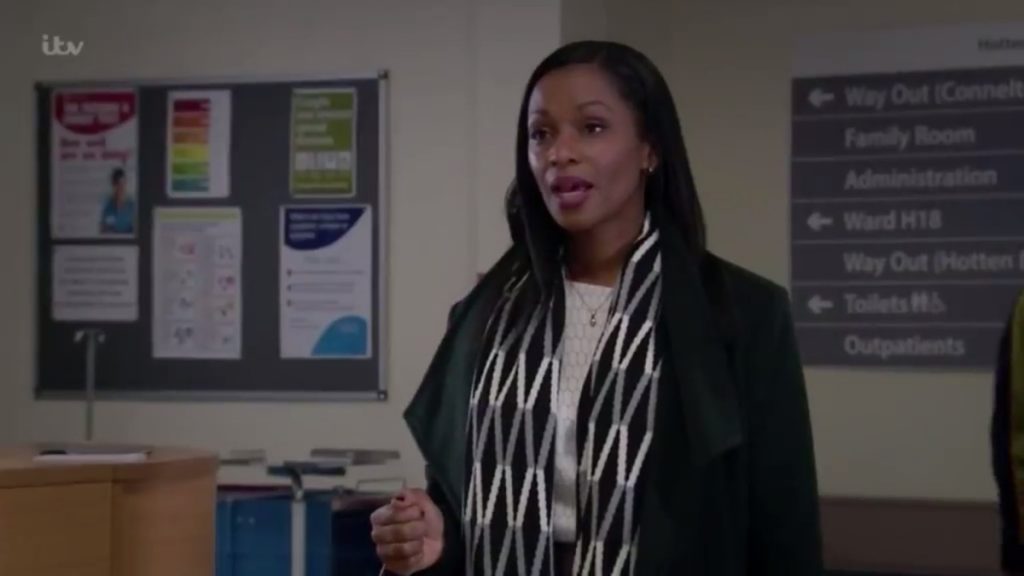 Tensions are on the rise on “Emmerdale” after Nate Robinson (Jurell Carter) got shot on Moira Barton’s (Natalie J Robb) farm. Cara Robinson Robinson (Carryl Thomas) was furious when she found out what happened to his son. Even though it was Cain Dingle (Jeff Hordley) who accidentally shot Nate, he and Moira lied and said the rustlers were responsible for the shooting. Cara then warned Cain that she’ll soon find out what really happened once Nate wakes up.

Viewers may recall that both Moira and Cain were left on edge because of the threat of rustlers. Armed with Will Taylor’s (Dean Andrews) gun, Cain quickly defended Moira when he noticed a figure of a man approaching her in the barn. Cain heard that the rustlers were planning to attack the farm and that’s why he didn’t hesitate to shoot when he saw someone going near Moira’s direction.

Unfortunately, Cain had no idea that it was Nate, who visited the farm to make sure that Moira was okay. Cain and Moira panicked after realizing that he shot Cain. They came up with a cover story claiming that the rustlers where the ones who shot Nate. The two added that they found Nate when they tried to find out what happened after hearing the gunshot.

Cara Can See Through Moira And Cain’s Lies

But Cara wasn’t buying their story.

“Right, you find him on your farm but you don’t know anything? As if getting tangled up with you lot wasn’t bad enough. Now this?” Cara said.

She noticed flaws in their story when the police revealed that Nate was shot using a side arm and not a shot gun, which was contrary to Cain and Moira’s story. Cara then warned Cain that she’ll be keeping an eye on him.

“I haven’t believed a single word of what you’ve said since I got here,” Cara stated.

“None of it makes any sense. I know it, the police know it. It was only yesterday you threatened to kill him. […] I know you, and I know what you’re capable of,” she continued.

Cain tried to defend himself but Cara went on and said she’ll find out the truth once Nate wakes up.

Fans are wondering if this storyline would lead to Carter’s exit from the sudser. Viewers may recall that Cara has been trying to convince Nate to leave the village. Will she finally force her son to come with her?

Emmerdale bosses have not mentioned any shock exit for the actor and Carter have not hinted that his exiting the sudser. So, it’s safe to say that he’s not going anywhere.