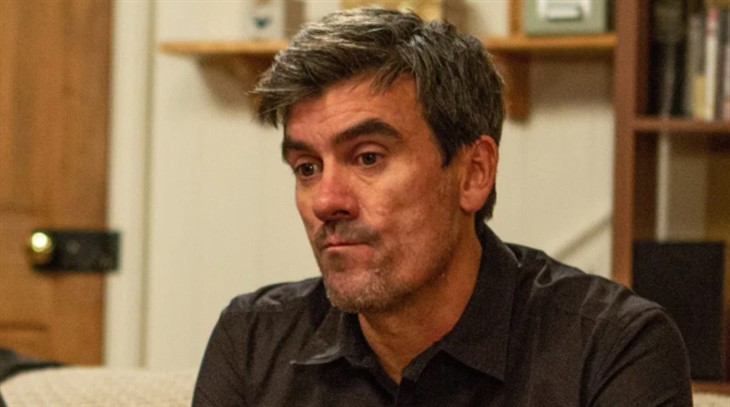 Emmerdale spoilers reveal that Andrea Tate (Anna Nightingale) blurts out Jamie Tate’s (Alexander Lincoln) secret. When the truth comes out about the hit-and-run, Cain Dingle (Jeff Hordley) goes after Jamie with a baseball bat. Can Belle Dingle (Eden Taylor-Draper) stop Cain before he commits murder? She tries saving the day by making a desperate plea.

Jamie tries to smooth things over with Andrea by allowing her to see Millie Tate (Willow Bell) again. Then, he makes the mistake of meeting Belle and bragging about how he manipulated Andrea. Seeking revenge, she heads straight for Moira Dingle (Natalie J. Robb) to tell her that Jamie is the driver who struck her on the road, then left her there.

Emmerdale spoilers reveal that after Moira is hit with Andrea’s bombshell, she tries to verify the information. She asks Belle if she knows anything about the hit-and-run. Belle chooses to lie to them and defends Jamie. However, Cain and Moira suspect that she is covering for the man she loves.

After Belle reports back to Jamie and informs him of the questions, he assures her that his secret is safe. Even if Andrea does expose what he did that night, there is no evidence left to connect him to the crime. However, he speaks too soon and finds his life in jeopardy. Cain is headed straight toward him and he is gripping onto a baseball bat!

Although Cain’s fury can be explosive and he is capable of getting lethal justice, it doesn’t appear that Jamie will die. It is teased that Belle intervenes and makes a desperate plea. Can she convince Cain not to kill Jamie? Will she instead promise that Jamie will turn himself in and confess? Or does she suggest something else that might calm him down before he beats Jamie to death?

Can Belle ever repair the damage to her family as a result of her betrayal and secrets? We will have to keep watching the soap to see what happens next.