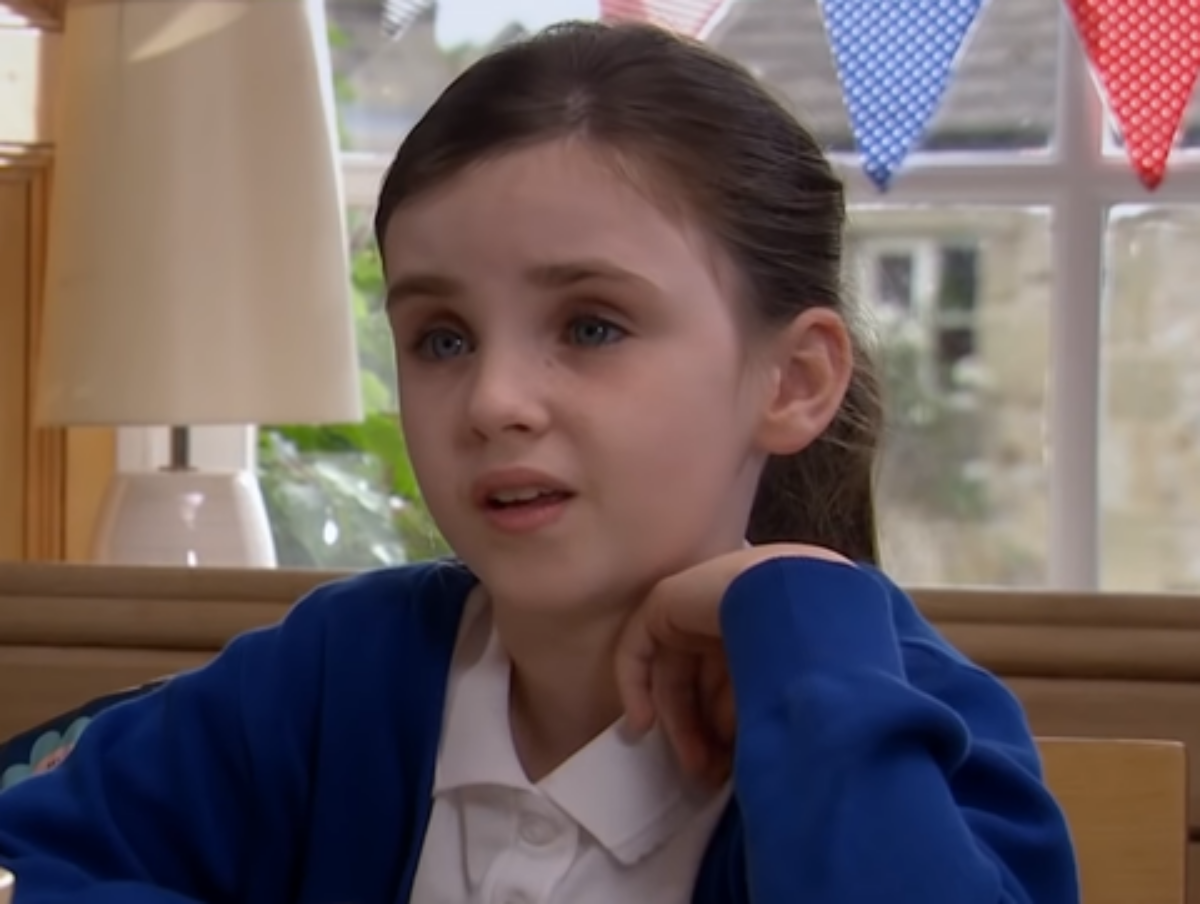 Emmerdale spoilers for next week reveal April Windsor (Amelia Flanagan) runs away and Cain Dingle (Jeff Hordley) lies for Marlon Dingle (Mark Charnock). Meanwhile, Rhona Goskirk (Zoe Henry) is convinced that Marlon is innocent. However, she is positive that Kim Tate (Claire King) is responsible for the death of Graham Foster (Andrew Scarborough). Keep reading for all the details.

Fans saw during a recent episode that Marlon ended up being arrested for the murder of Graham. As viewers recall, the character death turned into a murder mystery and the soap opera replayed the same day, but with the perspective of different characters.

At the National Television Awards, executive producers wouldn’t share any secrets about what happens to Marlon. It wasn’t even hinted if he would go to prison for the murder or someone else would end up being arrested after the fact.

Emmerdale spoilers reveal that Marlon doesn’t want young April seeing him behind bars. In his quest to protect the little girl, and to protect himself in a way, Cain lies for him. He tells April that she can’t visit Marlon because kids aren’t allowed at the jail. This will turn out to cause even more problems and Marlon will be helpless because of his current situation.

It is teased that after April is told that children aren’t allowed at the jail, she runs away. This sends everyone into a panic. As the search is underway for the little girl, all Marlon can do is sit in jail and wait. It will be torture for him because there is nothing he can do behind bars.

Meanwhile, Rhona will demand answers. She is still reeling from Graham’s death, but also believes that Marlon is innocent. One person she puts the blame on for Graham’s death is Kim. What will she do to try and prove Marlon’s innocence? Will she dare go up against Kim? What will be the consequences if she does? Fans will have to keep watching the British soap opera to see how this storyline pans out.