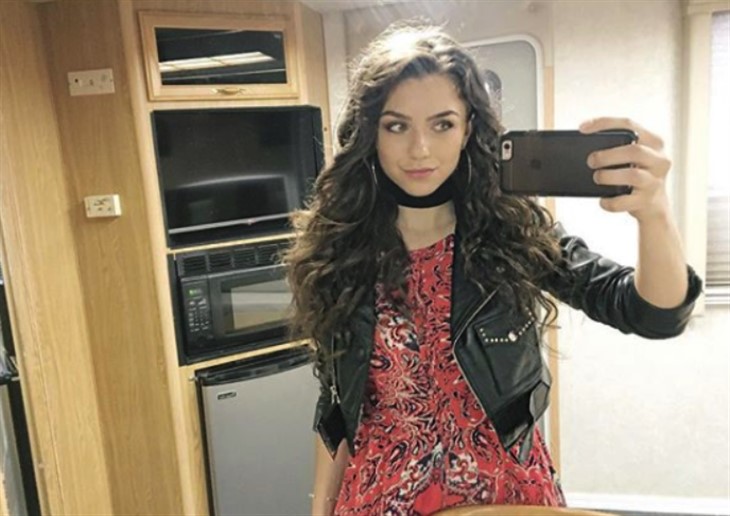 Days of Our Lives (DOOL) spoilers reveal that a now-deleted audition tape confirms that Ciara Brady Weston (Victoria Konefal) is alive. She is being held hostage by a mysterious new captor. It sounds like the villain plans on keeping Ciara locked up for a very long time. With everyone thinking she’s dead, who will end up saving her? Or can she get out of this dire predicament?

DOOL spoilers reveal that the audition tape was posted to Vimeo. Although it has since been deleted, Celeb Dirty Laundry caught all the details before it was removed. The names were changed, but the scene is clearly about Ciara, Vincent Belman (Michael Teh), and a new mystery captor!

Ciara is screaming, but the villain tells her that nobody will ever hear her and there is no point to creating a fuss. He mentions that there is an entire library for her to use if she happens to get bored. It makes it sound like she is being kept somewhere very large, like a mansion or estate. Ciara mentions to the minion that he seems like a decent man, so why is he working for a “psycho creep.” It is confirmed that the captor will keep Ciara there as long as he keeps getting paid.

Days of Our Lives spoilers reveal that the captor explains what exactly happened that fateful day. He was in a plane and there was a plan for him to help Vincent escape. He was on his way, but then a stray bullet caused the car to explode. Ciara clarifies to the captor that the shooting didn’t begin until after she escaped the vehicle.

DOOL Spoilers – No One’s Looking For You

When the captor tells Ciara that everyone thinks she’s dead, she doesn’t believe it. However, he tells her that Vincent confessed to shooting and killing her. He goes on to elaborate that it means nobody will ever come looking for her. Ciara tries to get out of the situation by telling the abductor that her grandfather is a very rich man. However, he doesn’t budge and tells her, “… you are going to be stuck here for a long, long time.”

However, we all know that eventually, Ben Weston (Robert Scott Wilson) will ever find clues or get a gut feeling that Ciara is alive. Perhaps she will tell him so in one of his vivid “Cin” dreams. In any case, this story is long from over and it’s only a matter of time before Ben and Ciara are reunited!