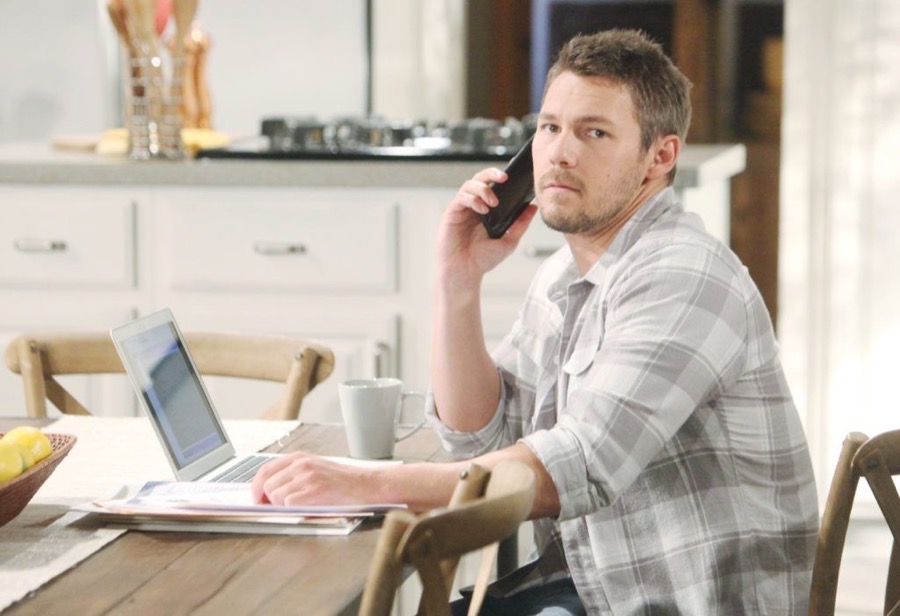 CBS The Bold and the Beautiful spoilers reveal that Liam Spencer (Scott Clifton) definitely has a problem with Dr. John Finnegan (Tanner Novlan). However, it seems it’s more about Steffy Forrester (Jacqueline MacInnes Wood) moving on rather than Finn missing the signs of addiction. Clifton responded to a fan and teased Liam is going to look bad to everyone.

The Bold And The Beautiful Spoilers – Liam Spencer’s Jealousy

B&B spoilers reveal that Liam has been suspicious of Finn ever since he got the impression the doctor was interested in Steffy. His “concern” is turning into a very obvious jealous streak. He is so against Steffy and Finn’s relationship that he doesn’t want Kelly Spencer (Colette and Avalon Gray) around the doctor. He is visibly upset and keeps ranting about “Sinn” to anyone who will listen. Even to the woman he chose over Steffy, Hope Logan (Annika Noelle)!

It is teased that Liam’s jealousy could continue to intensify and get worse. He gets to the point where he actually makes a demand of Steffy regarding her romance. When she shuts him down, then Liam could take drastic action. However, it won’t be for the right reasons or that he is so “concerned” about Finn. He just doesn’t like the fact that Steffy is moving on and won’t be his back-up girl anymore.

The Bold and the Beautiful spoilers reveal that a fan spoke out on Twitter regarding the storyline. The viewer wrote,

“Blaming Finn for missing Steffy’s addiction to making Liam look good, nice try [Bradley] Bell. We all watched the events of that one day spiral into addiction and that’s NOT how it went down, nice try!”

Clifton responded to the fan and explained the goal isn’t to make Liam look good. It’s just the opposite, actually. Liam just won’t look bad to Steffy and Finn, but to everyone else, as well.

“This is a misunderstanding of the narrative. You are supposed to recognize that Liam is in the wrong here. He’s rationalizing. The point isn’t to make Liam look good; the point is to make him look bad — not only to the audience but to the other characters as well.”

The Bold And The Beautiful Spoilers: Liam’s Obsession With Steffy And Finn Causes Him To Go To The Dark Sidehttps://t.co/8ioJbora7p

Perhaps Clifton was not just referring to Liam’s current jealousy, but hinted it could get worse? Now, there are a few characters that are already wondering why Liam is so bent out of shape about “Sinn.” However, if Liam ends up looking back to everyone, then that implies that Liam’s jealous behavior will continue.