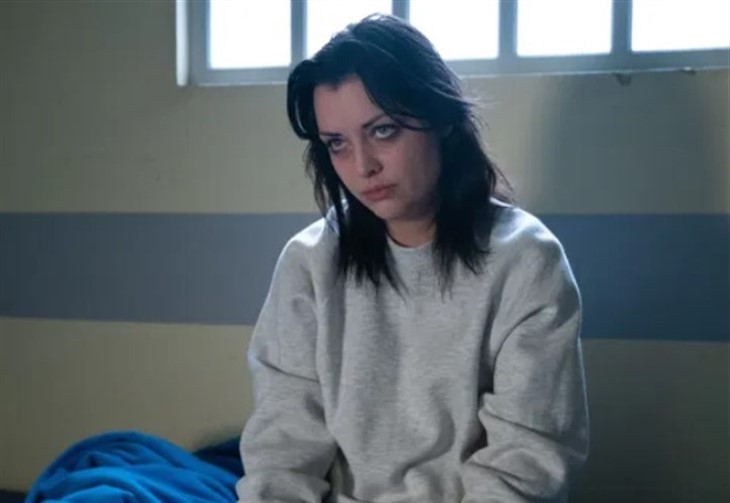 BBC Eastenders spoilers reveal that we are soon going to find out Whitney Dean’s (Shona McGarty) verdict. After Gray Atkins (Toby-Alexander Smith) pretty much ruined his clients’ chances in her murder trial, Whitney plans on pleading guilty. She feels that admitting guilt would get her a shorter prison sentence. However, could there end up being a positive twist in this storyline?

Whitney was stalked and terrorized for months by Leo King (Tom Wells). He even hid in her attic and peered through a hole to watch and hear everything. Then, things came to a head and Leo ended up dead. It was self-defense, but Whitney panicked and didn’t report it immediately to the police. Instead, she asked Mick Carter (Danny Dyer) for help. The plan was for her to get rid of the murder weapon and he’d clean up the murder scene.

However, when the Thames tragedy had police swarming everywhere, Whitney confessed to an officer with the murder weapon in her hand.

Eastenders’ spoilers reveal that Whitney is traumatized by everything and she had a really hard time when she was imprisoned while waiting for her trial. There was also Leo’s mother who came to befriend Whitney and then get her to confess. When she was found out, Whitney was once again tormented.

Now the trial has begun and even though Whitney doesn’t feel confident, everyone is telling her it will be okay. She is told to tell the truth about everything. She is advised not to let the prosecution shame her or bully her. However, she could never have imagined that in addition to Mick collapsing on the stand, that her own lawyer would betray her.

Gray is dealing with the guilt of being responsible for his wife’s death, but everyone thinks it’s just a tragic accident. He is non-functional and starting to completely unravel. The house is a horrible mess, the kids are pointing out that there’s no food, and Gray is sleeping through everything.

He was asked to step away from Whitney’s trial in light of his recent personal tragedy, but he refused. Then, Gray ended up exploding and going on a rant about how Whitney would kill again if she had the chance.

Eastenders spoilers reveal that Whitney is convinced that it’s all over for her. She wants to plead guilty and hope for a lighter prison sentence. However, Whitney is one of those characters that has been through so much trauma in multiple storylines.

For her to actually go to prison wouldn’t be right. So, could there be a positive and unexpected twist in this story? Is there a chance that Whitney will actually go free? We will have to keep watching the soap to find out what happens next.