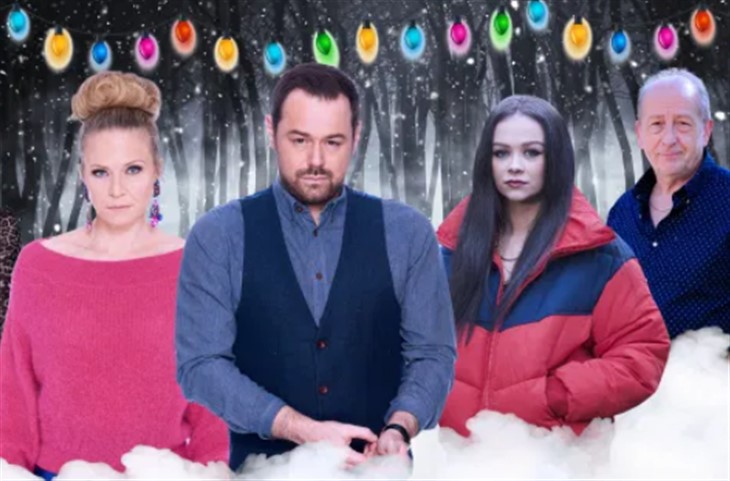 Eastenders spoilers reveal that in Walford it’s getting closer to Christmas again. That means there are big things coming as the writers drop big bombshells and shocking storylines. This year, expect a serial killer, murder twist, and Ian Beale (Adam Woodyatt) being left for dead. Keep reading to find out more information on what to expect.

According to Metro, it is now confirmed that Denise Fox (Diane Parish) will continue to have her past come back to haunt her. Serial killer Lucas Johnson (Don Gilet) is returning. Now, fans speculated this was going to happen, but we actually expected it much earlier. However, that is not the only person Denise will see. Also expect to see her daughter, Chelsea Fox (Zaraah Abrahams).

Eastenders spoilers reveal that Ian is probably the most hated man in Walford right now. He keeps stacking up more enemies as time goes on. It seems that he might end up pushing someone too far. He is brutally attacked and left for dead, but actually ends up surviving.

Now, there are so many suspects that this is truly going to be a puzzling whodunit. While we have our guesses, chances are that it is going to be the most unexpected person because soaps must have that shock value.

A spokesperson for Eastenders told the publication, “Deck the halls with vengeance and betrayal this Christmas as the residents of Albert Square face a dark and stormy festive season once again. Revenge is a dish best served cold and unfortunately for Ian, it comes by the barrel load in the lead up to Christmas when he is attacked and left for dead, in The Queen Vic.”

Eastenders Spoilers – Everyone Affected In Some Way

Ian’s attempted murder and the return of a serial killer are not the only drama to hit the characters. Many Walford residents know they will come under suspicion and try to cover up anything that could implicate them, whether they did it or not.

Meanwhile, Mick Carter (Danny Dyer) continues to deal with his past. Unfortunately, he doesn’t pay attention to Linda Carter (Kellie Bright), which makes her feel even more alone and unwanted. This could push her even closer to having an affair with Max Branning (Jake Wood). Also, expect a new romance to bloom, but you’ll never guess which characters. Meanwhile, a betrayal could end a relationship for one current couple.