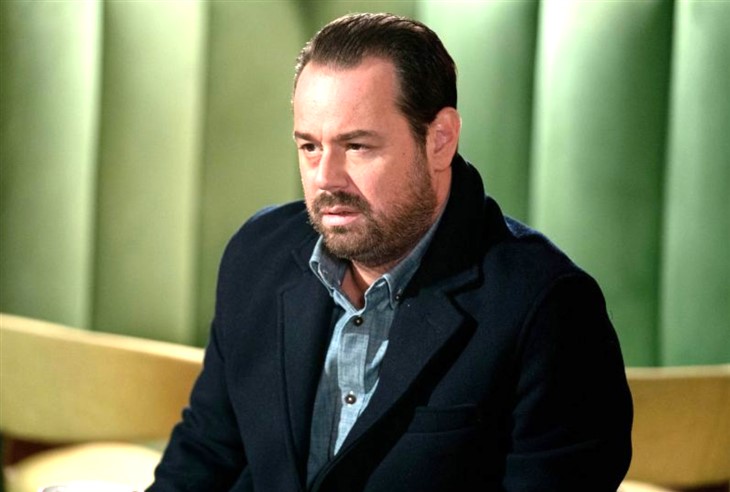 Eastenders spoilers reveal that in Walford Mick Carter (Danny Dyer) will continue to deal with the demons from his childhood. As a result, he will be too consumed to pay attention to his wife. Feeling ignored and unwanted, Linda Carter (Kellie Bright) could turn to Max Branning (Jake Wood). Will they have an affair or will Mick realize what is happening before it’s too late?

When the soap returned after being on hiatus due to COVID-19, viewers watched as Mick was tending the bar at The Vic. Linda was struggling with temptation, so Mick made her a mocktail. However, it wasn’t the same and when he wasn’t looking, he took a chug of an alcoholic drink. Even though her husband didn’t notice, someone else did.

As Max and Linda opened up to each other, she found that there was no judgment from him. Then, he kissed her and wasn’t sorry about it. She confessed what happened to Mick, but it seems the two might end up getting even closer during the next month.

Eastenders spoilers reveal that while Linda is working at the laundrette and working on a business idea, she is spending time with Max. As for Mick, he is busy dealing with the demons from his past. He doesn’t know what the truth is regarding Frankie Lewis (Rose Ayling-Ellis) and Katy Lewis (Simone Lahbib). He will be so consumed with his own thoughts that he ends up ignoring Linda, who is begging for attention and affection.

According to Metro, Christmas is going to be really explosive again this year. A serial killer returns and someone tries to murder Ian Beale (Adam Woodyatt). Linda will also find herself feeling very lonely and not getting what she needs from Mick.

Will She Turn To Max Branning?

It is teased that Linda will be tempted to turn to one man who is giving her all the attention she wants. However, will Max and Linda actually have an affair? Could Mick realize what is happening and save his marriage before it’s too late? Or will Linda once again stop herself from making a huge mistake? We will have to keep watching the ITV soap opera to see what happens with this storyline.