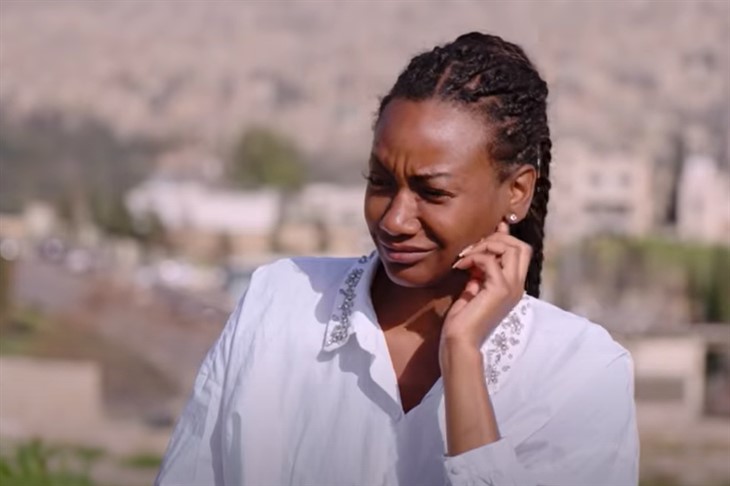 TLC ’90 Day Fiancé: The Other Way’ spoilers document that Brittany Banks proved something to herself in Jordan. She does love Yazan Abu Hurira, rather than just care for him.

Brittany wept after Yazan’s brother, Obaida, relayed serious information through a translator (Adam). She was shocked to learn about the consequences Yazan was confronting and might face because of their relationship.

It was arguably the most touching moment within this portion of the season. Obaida’s conversation with Brittany, in a memorable open outdoor setting in Jordan, could represent a significant moment of clarity and a potential turning point.

Angela was preparing to leave after spending a week with her longtime friend. Brittany was grateful that they could spend time together, and she could meet Yazan.

The closeness that Brittany and Angela’s share allows this particular friend’s perspective to be deeply valued. She is considered to be like a sister. Angela’s observations and encouragement were surely linked to the improvement in communication between Brittany and Yazan.

Angela is someone who helps to ground Brittany, which is why her presence was requested. Brittany wanted to know what Angela thought about the situation as part of a decision-making process.

Obaida met Brittany in the past. He, like others, including family members, convinced themselves that Brittany’s world, which includes the country where she lives (The United States) and its cultural environment were factors that couldn’t be overcome.

His choice to meet with Brittany, without Yazan being present, was significant. Doing so allowed him to form a different impression. The use of a translator was also important, as that element was included in order to avoid misunderstandings due to language.

The sight of Obaida consoling Brittany while she was crying was powerful, as was the question he offered to the producer and the audience. Why would someone cry like that?

Obaida recognized the sincerity of Brittany’s love for his brother. He encouraged her to follow her heart and committed to helping them however he could.

Brittany told Obaida that the emotional exchange they shared was something she needed time to process. So, this episode ended with her realization that Yazan’s stress was not fully connected to immaturity issues.

Now that Brittany knows how deeply Yazan cares for her, what he’s been willing to sacrifice, and what he is willing to risk being with her, she sees his heart. While Yazan does have less relationship experience than Brittany, she now knows that he’s been dealing with issues that she’s never faced. With that, the hope for this pair to become a permanent couple persists.

This site is a leading source for everything linked to ’90 Day Fiancé’.