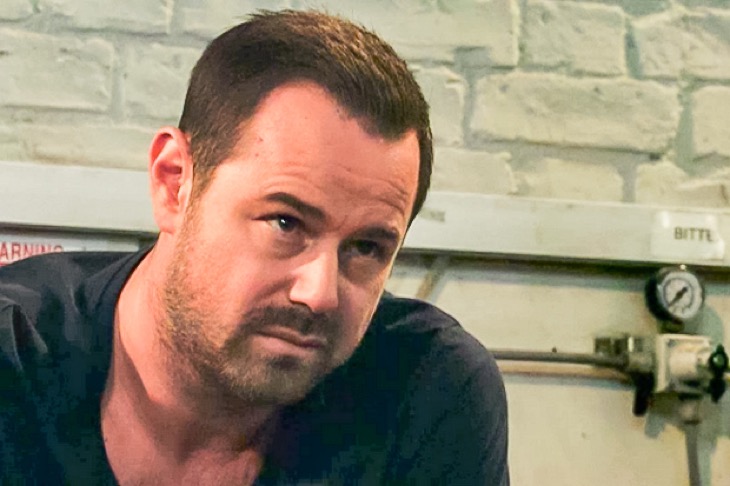 BBC EastEnders spoilers and updates reveal that when the show’s final original episode aired this week, Mick Carter (Danny Dyer) and Linda Carter (Kellie Bright) were no longer in charge of the Queen Vic. Yes, as planned Sharon Mitchell (Letitia Dean) was in charge, but with a very surprising partner.

Fans were stunned to see Phil Mitchell (Steve McFadden) shut out of the sale when instead of selling to him the Carter’s sold to Sharon and Ian Beale (Adam Woodyatt).

All of that is well and good but now that Mick is no longer running the pub, what in the world will he do next?

EastEnders spoilers — What will Mick Carter do after selling the pub?

Mick and Linda realized that her being an alcoholic and living and working at a pub was not in her best interests. Mick was on board with selling the place in order to help Linda in her recovery. They know where they will live but as of yet, they have no plans for employment.

Still, fans are speculating that the car lot might be Mick’s destination.

EastEnders spoilers – Will Mick end up with a new business opportunity?

The Carter’s ran The Vic for almost seven years. The final scene of the final episode revealed that Ian Beale and Sharon Mitchell were to run things from now on—take that Phil!

In a side piece of history, these two characters have the longest tenure on the show and many fans are loving that they are now running the pub, which is where everyone who is anyone takes their grub and ale.

But where does this leave Mick? The car lot is available, would Mick make a good car salesman? That’s like asking if fish swim!

Of course, he still has a family to take care of as well. He and Linda were stunned when their son Ollie Carter (Harry Farr) was diagnosed with autism and they are still adjusting to a new normal.

It was his diagnosis that sent Linda back to addiction and it resulted in Mick’s anxiety worsening.

EastEnders spoilers – Will being free of the pub help the Carter’s to solidify their family relationships?

Linda will be in a fragile place for a while, and moving is a huge change that is sure to rock her boat. Will it be enough to threaten her sobriety? And if so, what must Phil do to steady the ship?