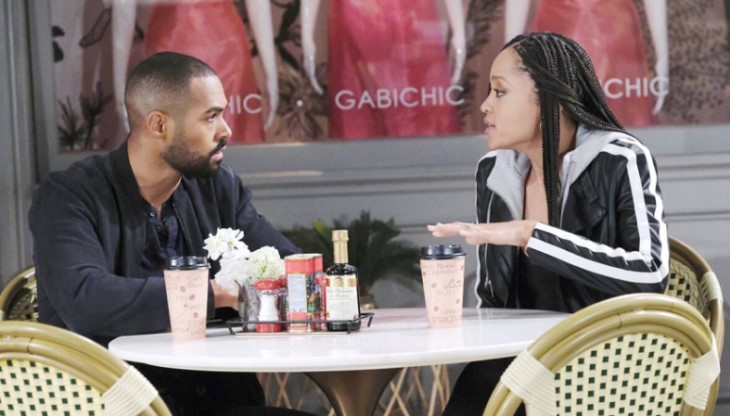 Days of Our Lives spoilers for the week of June 29 reveal Eli Grant (Lamon Archey) and Lani Price’s (Sal Stowers) wedding ends in chaos when it is crushed by someone unexpected. It is also teased that Vivian Alamain (Louise Sorel) reacts to hearing her dead son has a lookalike in Salem. The two meet and the interaction leaves Jake Lambert (Brandon Barash) rattled.

DOOL spoilers reveal that Eli and Lani’s wedding takes place during the week of June 29. Their first wedding ended in heartbreak and devastation. So, fans hoped that the second attempt to get married would go smoothly. However, that won’t be the case due to some unexpected chaos thanks to an uninvited guest.

According to Soaps.com, someone shocking will crash Eli and Lani’s wedding. We know that Vivian is coming back and she always loves to make an explosive entrance. Considering that Lani caused Stefan DiMera’s (Brandon Barash) death, she likely wants revenge. Who else would crash the “Elani’ wedding and cause major Salem mayhem?

Days of Our Lives spoilers from Daytime Royalty Online reveal that same week, Vivian will be informed of an intriguing situation. She learns that there is a dead ringer for Stefan living in Salem. She has to go see the lookalike for herself and when she does, it leaves her stunned.

It is also teased that after Jake meets Vivian, he is rattled by the encounter. Is this because she seems familiar to him? Is it due to Vivian and Jake already knowing each other, but are manipulating the people of Salem for some reason? Or is it something Vivian says to Jake that makes him so unsettled?

There is reason to believe that the mechanic looking like Stefan’s clone gives Vivian a sinister idea. We’re not sure what she is up to this time, but it certainly isn’t anything good. Making her even more dangerous is her extreme behavior, unlimited resources, and relentless determination.

So, what is Vivian’s goal this time? Will seeing Stefan’s lookalike cause her to change the plan? Could she use Jake in order to get what she wants? We will have to keep watching the NBC soap to see what happens in the next few weeks.