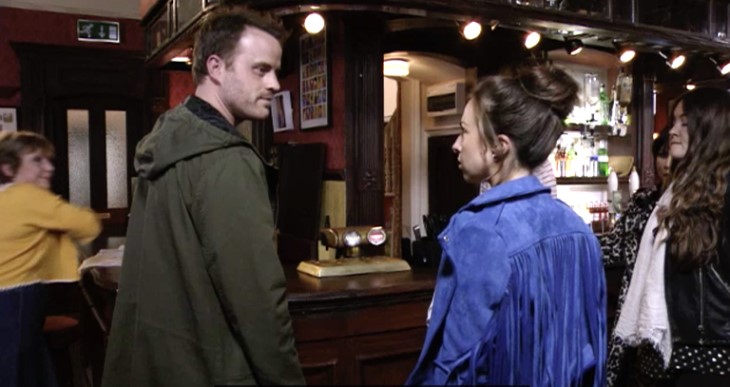 BBC EastEnders spoilers reveal that two enterprising stars are finding a way to make lemonade out of lemons while the sudser is on hiatus. Louisa Lytton (Ruby Allen) and Rob Kazinsky (Sean Slater).are selling messages to their fans as a way of making ends meet during the coronavirus lockdown.

They are not alone in finding that being unemployed brings with it all sorts of unpleasant things to be dealt with, while at the same time having to make do with diminishing resources.

At this time film and television production are at a dead stop worldwide due to the effects of COVID-19. In order to mediate the spread of the devastating disease which has claimed hundreds of thousands of lives, the film industry has halted all production.

This means that the workers in the industry, from actors to makeup artists, to food providers, have been without a job for months now. That’s a scary place to be.

Louisa Lytton and Rob Kazinsky have decided to take the bull by the horns and they’ve joined online video service Cameo. Cameo is a marketplace where buyers and celeb sellers meet, with personalized products the outcome.

For example, a fan can buy a personalized shout out from a public figure like Caitlyn Jenner, which could cost upwards of £2000.

For a fee, Lytton and Kazinsky will record a personal message for fans who then get to keep the greetings.

So, what will a personalized greeting set you back? The celebs can choose their price point, as in the case of high-profile Jenner who charges much higher prices than the EastEnders stars.

For instance, fans of the BBC soap can order a video from Louisa for £20. Rob on the other hand is charging more than twice that amount, £49.80.

The fans and buyers for both actors seem to be very pleased with their purchase, with five-star reviews abundantly displayed on the stars’ pages.

Louisa’s introductory message says, “Hi, Louisa Lyttle here I’ve just joined Cameo, I’m really excited to be able to send some shout outs and some messages in a really safe environment. So get in touch and I’ll say Hi!”

The Bold And The Beautiful Spoilers: Flo Breaks Up With Wyatt After Sally Reveal – She’s Had It With His Trust Issues!