The Bold And The Beautiful Spoilers: Flo Breaks Up With Wyatt After Sally Reveal – She’s Had It With His Trust Issues! 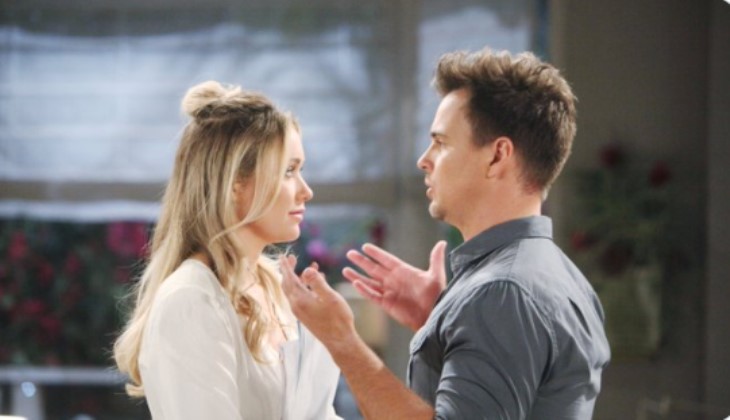 CBS The Bold and the Beautiful spoilers and updates tease that Flo Fulton (Katrina Bowden) can be written toward dismay after her crisis ends and the Sally Spectra (Courtney Hope) conflict ends. The easy play would be to have Wyatt Spencer (Darin Brooks) remove Sally from his life, while he deepens his relationship with Flo.

Flo is Wyatt’s high school sweetheart. But their most recent breakup can be repeated, with a twist, depending upon how B&B writes the storyline. In this scenario, Flo eventually breaks from Wyatt.

The Bold And The Beautiful Spoilers – Flo Fulton Taken Hostage

Having Flo be taken hostage by Sally and Penny Escobar (Monica Ruiz) would extend the drama for an extended period. This would seem to be the most logical play, as a number of elements can converge at once.

Flo could remain unconscious for a while, which would give Sally and Penny a chance to strategize. If Flo wakes up while she’s taken to wherever they plan to hide her, then she’ll need to be contained.

Wyatt and a number of other people bought Sally’s lie. He believes that she’s dying. But her false terminal condition claim may need to be followed by another ruse.

If Sally keeps Flo contained, she’ll also need to explain the absence of Bowden’s character. That’s how a carefully orchestrated scenario can be created where Sally and Penny make Wyatt believe that Flo has suddenly left town. A faked text would prevent him from panicking and could involve Wyatt believing that Flo needs time to reevaluate their relationship.

Wyatt has ingrained trust issues. So it’s reasonable to believe that he would turn to Sally for consolation in Flo’s absence.

B&B Spoilers – When It’s All Over

At some point and with whatever amount of drama drops, Flo will tell Wyatt what she knows. But if she does that after a lengthy period of time, then Sally would have had a chance to work on Wyatt’s mind, which is why making him believe she’s left town can be the plan Sally goes with.

Wally was real. The couple didn’t last long, but Wyatt definitely found Sally to be very appealing. If he believes that Flo has left him, Wyatt would be in a position to romantically reconnect with Sally.

Bold and the Beautiful Spoilers: Three Reasons Why Katie And Quinn Should Be BFF’shttps://t.co/gtChKnP0Zm

Even a perceived Wally revival would rattle Flo upon her return, which would also be part of Sally’s plan.

Days Of Our Lives Spoilers & Updates: Claire Not Happy To See Gwen – Fears She’ll Ruin Everything