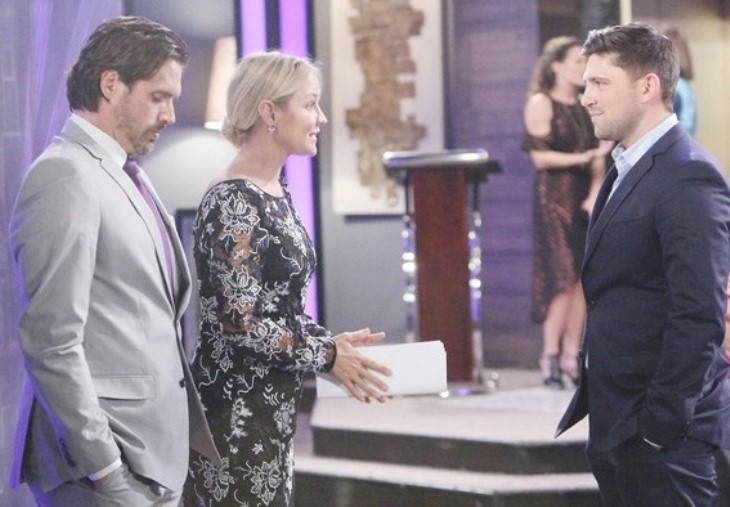 CBS The Young and the Restless spoilers and updates reveal that Sharon Newman (Sharon Case) has struggled to find the right balance of maintaining her independence and relying on her loved ones when she needs them. Fortunately, everyone on “Team Sharon” has been patient and understanding. Sharon gets space when she needs it, but there’s always support waiting for her when she crumbles.

However, there’s been one noteworthy absence throughout most of this story. Noah Newman (Robert Adamson) was supportive when he came home for the Newman gala, but Sharon didn’t want him putting his life in London on hold. It was decided that Noah would come back for Sharon’s surgery, so…where is he? Why is Y&R shoving Sharon’s son aside in all of this?

Noah should’ve been an important part of Sharon’s support system – just like Faith Newman (Alyvia Alyn Lind) and Mariah Copeland (Camryn Grimes). It’s a shame that The Young and the Restless hasn’t let Noah be involved as much as Sharon’s devoted daughters.

Noah hasn’t always been given the greatest material, but he’s a solid character and one of the good guys that fans can root for. Would you like to see Noah return to Genoa City for some new storylines? Sharon’s story seems to be winding down now, but there’d be other opportunities for Noah to get back in the mix.

Noah wanted to open up more locations of The Underground with Nick Newman (Joshua Morrow) once upon a time. The plan was scrapped after GC’s hotspot burned down and Nick opted not to rebuild, but this might be the perfect time to revive that dream. The Young and the Restless could use some non-romantic stories due to all the safety protocols that’ll be in place when production resumes.

Nick doesn’t have a ton to do other than spar with Adam Newman (Mark Grossman) and make love to Phyllis Summers (Michelle Stafford) these days. Once Y&R’s back with new episodes, Adam will need to do some soul searching and “Phick” love scenes should be off the table for a while. Why not let Nick and Noah get back in business together in the meantime?

As a bonus, Noah would be able to reconnect with his loved ones and could be there for what’s left of Sharon’s cancer story. Noah can still keep up doing his photography work on the side. Maybe that could even be another angle for Y&R to roll with. Someone surely needs pictures taken in GC, so there’d be plenty of reasons to keep Noah around.