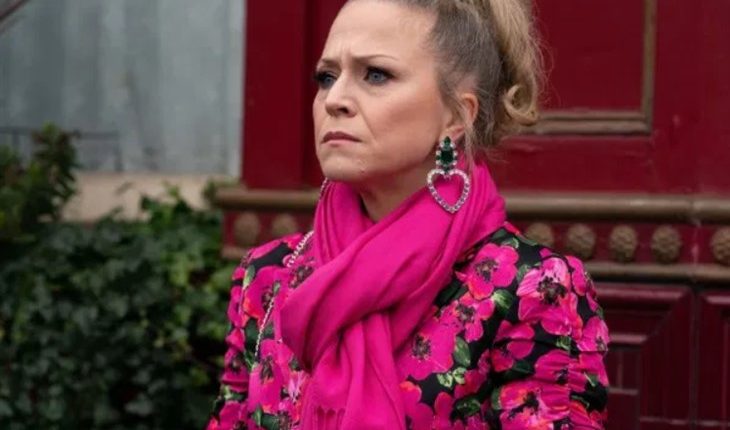 BBC EastEnders spoilers reveal that while the sale of Queen Vic is a done deal, it may not be as cut and dried a matter for Linda Carter (Kellie Bright) to put her past behind her. The pub was sold in a bid to help her in her recovery, but will it be as easy as signing away the deed to the pub and moving to a new location?

Plus, there is the matter of Linda and Mick Carter’s (Danny Dyer) young son Ollie Carter (Harry Farr) who could make a stunning discovery about his mom which affects her sobriety.

The good news is that Linda has taken the first step and many more as she works to keep her sobriety. Last year her drinking was out of control and led to a near-tragic situation in which she could have become another victim of the boat party tragedy.

To his credit, Mick Carter stood by Linda even as the going got extremely ugly. It was decided that in order for the whole family to heal and move forward that they would sell Queen Vic and find a new place to live as living and working in a bar isn’t usually recommend for recovering alcoholics.

Now some are raising the red flag that the stress of the move and unemployment could endanger Linda’s road to health.

EastEnders Spoilers – Could Linda Be Tempted To Return To The Bottle?

Linda’s turning to alcohol to cope with life coincided with her son being diagnosed with autism and Mick suffering a health scare. At the same time their financial picture was looking down, adding to her stress.

When Linda woke up drunk in the hospital at Christmas it was an eye-opener for everyone. But she wasn’t prepared for Mick to threaten her with taking Ollie away from her after she endangered his life.

EastEnders Spoilers – What Happens Next For The Carter Family In Walford?

At this time Linda is attending Alcoholics Anonymous meetings but she will soon be faced with a tremendous burden of relocation, finding employment, and caring for her special needs son. How will she handle the extra weight on her shoulders?

It’s no secret that Linda has used alcohol as a coping mechanism and explosive show spoilers reveal that she will confront her demons once the show returns to the air.

Will she give in to temptation or emerge victorious in her battle against alcohol?