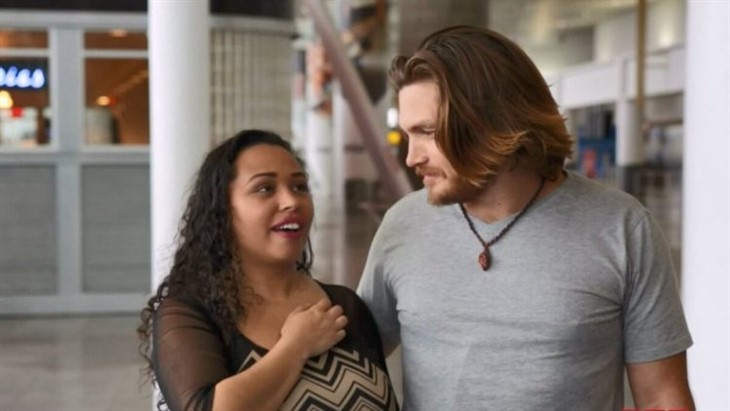 TLC 90 Day Fiance stars Tania Maduro and Syngin Colchester agreed to let film crews capture their every moment. However, the couple actually banned filming on one wild night. Apparently, the film crew wasn’t too pleased about not being let in. It must have been some night filled with all kinds of craziness! Tania recently teased what happened to her fans.

Ever since the two got together, they have faced challenges. Tania and Syngin had 90 days to get married or he would have to leave the country. For 30 of those 90 days, Tania was in Costa Rica. She also called Syngin clingy to cameras and said he wasn’t her soulmate. More recent concerns have to do with Syngin’s drinking, employment issues, and Tania’s car crash injuries.Reality TV vs Social Media

The 90 Day Fiance stars seem to have two versions of their relationship. The one that is shown on TLC and the impression fans get from social media posts. Even though it is called “reality” TV, many people consider them to be very unreal. There are accusations of heavy editing to highlight the worst of people. Some viewers think there are couples whose stories are scripted or staged.

While we see a lot of drama between Tania and Syngin on TLC, they seem to have a strong and happy relationship on social media.

A few days ago, Tania shared some photos on Instagram. They were of the couple’s joint bachelor/bachelorette party. Syngin was wearing a glittery “Bride Tribe” t-shirt, both were having lots of drinks, they danced wildly, and seemed to be having a great time. Apparently, the couple would not allow the TLC film crew in. She wrote,

“The film crew was kinda mad we wouldn’t let them film it, but we wanted to have some fun without them and the pressure of filming. Thank you to my besties for throwing an epic party night!!!!” 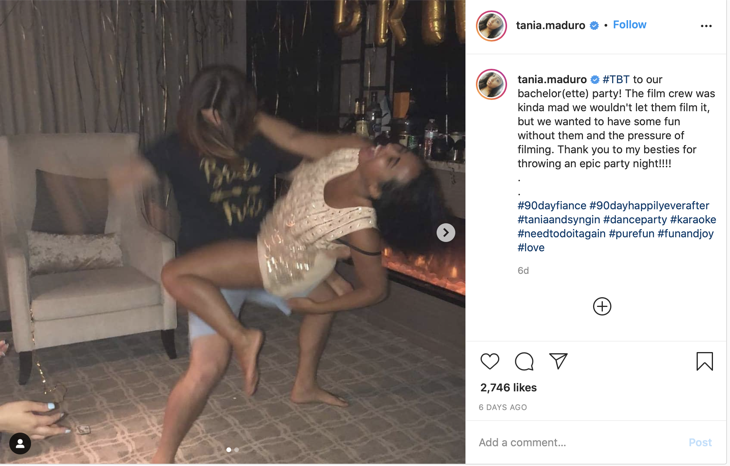 It wasn’t just fans that responded, but some of Tania’s friends. More than one said it was one of the funniest nights of their life.

When one goes on a reality show, unless they have experience with that sort of thing, it’s easy to sign every paper placed in front of them. They don’t really ask questions, think about setting limits, how their lives will change, or the moments that shouldn’t be aired on national television. However, Tania and Syngin have set boundaries with TLC and fans commend them for that. One follower commented,

TLC '90 Day Fiance – Happily Ever After' Spoilers – Larissa Wants To Be On A Show About Plastic Surgery #90DayFiancehttps://t.co/p4X4QtxN8e

“Not all things need to be caught on camera (although that’s what you signed up for).”

Be sure to catch up on everything happening with Tania Maduro and Syngin Colchester right now. Come back here often for 90 Day Fiance spoilers, news, and updates.

The Young And The Restless Spoilers and Rumors: Adam Rushes To Sharon’s Side After Learning She Has Cancer