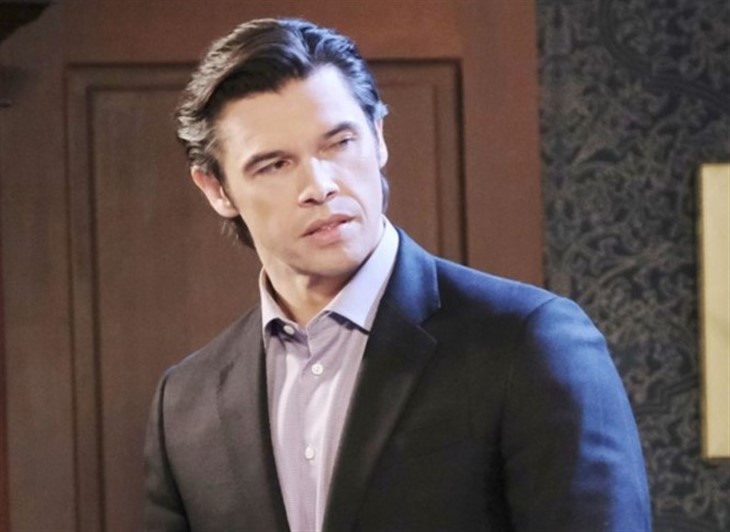 NBC Days of Our Lives spoilers for the week of October 19 reveal that once again, Philip Kiriakis (Jay Kenneth Johnson) will get under Xander Cook Kiriakis’ (Paul Telfer) skin. Philip and Sarah Horton (Linsey Godfrey) will spend more time together. When Xander finds them, he will be furious. Could his jealousy and rage end up destroying his relationship with Sarah?

DOOL spoilers reveal that Philip and Xander are engaged in a battle with each other, as well as Titan. Once Philip found out who was behind Jan Spears (Heather Lindell) going to the police and having him arrested, he planned revenge. He can’t help but notice how the one guaranteed way to target Xander is by going after what means the most to him. His relationship with Sarah.

While Sarah isn’t involved in Titan or the Kiriakis power struggle, she will end up being Philip’s pawn. He plays her like a fiddle and gets her empathy. He manipulates her into thinking that he’s innocent and is being unfairly targeted by Xander. So, when Xander keeps finding Philip and Sarah together, it will definitely cause Salem’s bad boy to react.

Days of Our Lives spoilers for the week of October 19 reveal that Xander comes home and is furious at what he sees. Once again, Philip and Sarah are together and look like they’ve become pals. The soap villain will be raging inside, but will he actually explode or try to keep a lid on his temper?

If Xander ends up exploding at Philip and Sarah spending time together, it won’t sit well with the doctor. She will probably give him a warning the first time. But when Xander finds the two together yet again, he could blow up. If and when this happens, Sarah may “punish” Xander. If he goes too far and Philip is successful at conning Sarah, then she could just end the relationship.

What do you think is going to happen when Xander finds Philip and Sarah together yet again? Will he lose control and explode? Could Sarah end the relationship or will she see what Philip is doing? We will have to keep watching the NBC soap opera to see what happens with this storyline.